John Ryan is the Sport, Safety and Technical Director at Motorsport UK and one of the team leading the restart of motorsport in the British Isles.

We find out more about the people who make the sport tick. Born in 1977, John studied at Brooklands College, Weybridge, before starting work at the RAC Motor Sports Association, now rebranded as Motorsport UK. John is Vice President of the FIA Single Seater Commission and a member of the FIA Homologation Commission and CIK (Karting Commission).

Revolution: “Let us start at the beginning: what is your earliest motorsport memory?”

John Ryan: “I was immersed in motorsport from a very young age because my father built race bikes and my brother was doing motocross. So I think my first experience was at three years old riding a little Italjet motorbike, which I very quickly fell off! In terms of mainstream motorsport, I think my first memory is of Nigel Mansell in 1985 – I must have been seven or eight years old and I remember watching the European Grand Prix at Brands Hatch with my dad. I took a real interest because of the colours of the car and the fact that he was a British driver.”

R: “Did you have a motorsport hero as a youngster?”

JR: “Nigel Mansell became my boyhood hero and I have been fortunate enough to meet him on several occasions. More recently, I have fond memories of his visit to the office when he performed some of his magic tricks. With motorsport in my family’s DNA, when I welcomed my son into the world, I refrained from calling him ‘Nigel’ and instead named him ‘Ayrton’.”

R: “What was the first motorsport event you attended?”

JR: “Outside of the motocross and the karting I was doing, the earliest major event would probably have been the 1991 British Grand Prix at Silverstone, when Mansell won and Senna hitched a ride on the winning car.”

R: “Who from motorsport history is your unsung hero and why do you feel they deserve greater recognition?”

JR: “That is a good question! Johnny Herbert. He was very talented, even with formidable teammates like Mika Häkkinen and Michael Schumacher setting a high bar, and it was unfortunate that he had that nasty accident.”

R: “How and when did motorsport evolve from a hobby into a job for you?”

JR: “I suppose in an educational sense when I left school and I realised I wanted a career in motorsport. I had done some work experience at McLaren and knew I wanted to continue in F1, so when I started at the RAC Motor Sports Association (as it was then) I thought of it as a stepping stone – I never anticipated I would end up working for the governing body long-term. But it was fantastic discovering the diversity of the sport and my focus on getting into F1 took a back seat.”

R: “Can you tell us about the various positions you have held?” JR: “Before my HND qualification, I used to race karts at Camberley Kart Club and I was also working at my father’s specialist engineering factory in Woking, running CNC mills and building specialist components for all sorts of industries, including motorsport. I started at Motorsport UK in 1998 when I finished an HND in motor vehicle engineering, and my roles have evolved over the years from Technical Support Engineer, Technical Executive to Technical Director. I am now Sport, Safety and Technical Director.”

R: “To whom do you owe the greatest thanks for where you are now?”

JR: “In terms of my career at Motorsport UK, I have so many people to thank from the very beginning to the present day. I would like to specifically highlight my original boss, Paul Gladstone. He often threw me in at the deep end but was always there to fish me out – he was a great coach and tutor.”

R: “So what is your long-term ambition in motorsport?”

JR: “To remain with the governing body. I love the job and the people I work with, and the recent changes in my role have opened up exciting opportunities and made the job even more interesting than it was before.”

R: “Are there any specific examples of how your job has changed?”

JR: “Whereas before I was focused on the technical side, now I have more involvement with the sporting aspect of the business, which means I deal with a wide variety of stakeholders, members and officials rather than focusing on the engineers and manufacturers I was working with previously.”

R: “Does working on the sporting side require a different mindset?”

JR: “It does. When I started in the technical department, I was educated as an engineer and using those skills. But the governing body is a customer-facing organisation and there is a heavy reliance on addressing the constant queries and challenges, even when there is no textbook to answer to them. So, it is a case of finding a dynamic way of working with the network of officials, competitors, and staff members to create solutions.”

R: “Do any examples of that spring to mind?”

JR: “Restarting motorsport this last quarter is a prime example, given that a pandemic is something we have never experienced before. It has meant we have all had to work together with the various stakeholders to come up with an action plan to safeguard the sport’s future.”

R: “That really is critical and a topic debated at length in this month’s Revolution. Looking ahead, what is the greatest opportunity for motorsport from your perspective?”

JR: “The internal combustion engine is prevalent right now but electric is part of motorsport’s future and we need to embrace both and celebrate new technology, something that we at Motorsport UK are working hard on. 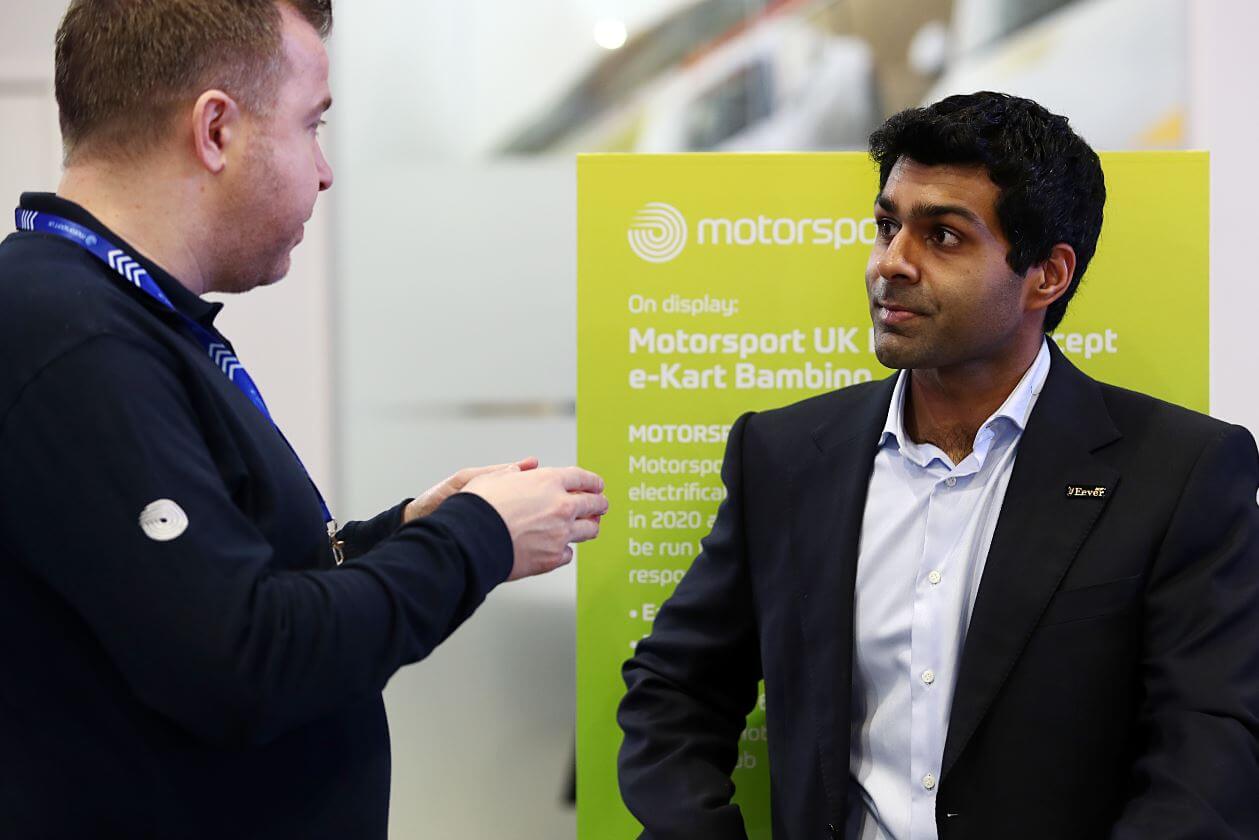