Motorsport is one of the few sports where women can compete on equal terms with their male counterparts in the same machinery, facing the same conditions on the same circuits and rally stages around the world. Getting involved is all about competence and confidence.

Women in motorsport is by no mean a new phenomenon, as drivers have been competing since the dawn of motoring, with many ladies challenging for event wins as well as world championships. French driver Odette Siko was one of the first in the twenties and thirties – as she competed in the gruelling Le Mans 24 hours on four occasions, just missing out on the podium in 1932. Pat Moss was one of the leading stars in rallying in the sixties as she drove for BMC, Ford and Lancia in her impressive career, clinching the prestigious Liege-Rome-Liege and Tulip rallies as notable highlights, while Michèle Mouton and Fabrizia Pons came agonisingly close to the FIA World Rally Championship in 1982 – this would have been the first WRC title for the formidable Audi quattro.

Fast forward to recent times and Extreme E is set to burst into life in a month’s time, in which men and women will compete alongside each other in the off-road series. Inaugural W Series winner Jamie Chadwick will contend the series while knocking on the door of a drive in a Formula 1 car with a test seat at Williams Racing. It’s not all about getting behind the wheel or reading the pace notes, however – women are a much bigger part of the vibrant motorsport industry and community with thousands involved throughout the British Isles in a variety of capacities. Weekend in, weekend out, scrutineers, timekeepers, clerks, marshals, mechanics, engineers, team bosses, event managers as well as drivers and co-drivers are all enjoying what motorsport has to offer.

Throughout the 2021 International Women’s Day, we will virtually meet our FIA Girls on Track UK Ambassadors on social media, as they share their passion for motorsport and the reasons they love the sport. Join us and share your motorsport images on social media, by tagging @OurMotorsportUK and using #ChooseToChallenge

We also spoke to more members of the Motorsport UK community, as we find out what makes the sport so special, whether gender really does matter and the message going forward to inspire a greater balance in the sport.

Why do we love Motorsport?

Adrienne Watson: “For the “team spirit” shown by competitors, officials and team members and a willingness to share knowledge to keep evolving the sport.”

Nabila Tejpar: “Motorsport has always been in my blood, I grew up watching it and my grandfather and father used to compete. I was the kid that said they wanted to be a racing driver when they were little. It gives you such a rush and I can’t think of anything else I’d rather do. And now I’m in an R5 rally car, it’s a dream come true!”

Chloe Jones: “I love motorsport for the adrenaline rush it gives me, even when I am at the side of the track scrutineering, I still feel that excitement I get before I compete. I’m a very competitive person so initially when at events I’m in my element and that’s what I love, and I am doing something that makes me happy. I’d describe our motorsport world as one big family, I’m a very family orientated person and when I go to events it’s like one big family gathering. It’s the acceptance and welcoming people within the sport give you that I love, we all have a passion for the same sport and want to see others do well.”

Gillian Carr: “Motorsport allows me to scratch my competitive itch, challenge myself and push boundaries whatever the end of the spectrum the event is. My best friends in the world have all come from motorsport connections.”

Cheryl Lynch: “I love being out at events.  The friendships we build and the enthusiasm and love for the sport. Quite simply I love vehicles of all varieties and enjoy driving myself. However, my passion is with the organisation and officiating side.  I love having the opportunity of stepping into a Stewarding role and I am fortunate to do so for rounds of the FIA World Rallycross Championship when I can.”

Claire Williams: “It’s everything. Very clichéd I know! It’s the smell, the noise, the people. When things are going right, when you and your driver are totally aligned and in sync and you get to the end of the stage – wearing big smiles… there is literally no feeling like it. That said, when it goes wrong, that feeling can’t be described either!”

Does gender matter in Motorsport?

AW: “Women can compete alongside men in motorsport on an equal footing both on and off track. Jobs should 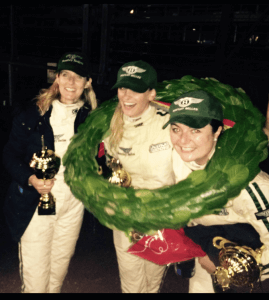 be allocated to people based on their competence rather than gender.”

NT: “I don’t think gender matters. You have the same tool to utilise, it’s one of the very few sports that can be even and provide a level playing field which is why I like the sport so much. We can drive the same cars on the same stages/race circuits.”

CJ: “Personally I’d say no, when we put on our helmet, gloves and belt up inside our vehicles no one thinks about stereotypical views on ‘woman drivers’, we’re all here to win and you treat every competitor the same even if they’re a different gender you just want to beat them. You only need to look at history and see that woman can also dominate Motorsport, for example Jutta Kleinschmidt winner of the Dakar Rally.”

GC: “Women have been respected on track since the early 1900s and have proven their worth, I don’t see gender as a barrier.  Who is worrying about gender?  Push yourself to the best of your abilities and you’ll get the recognition that you deserve in any sphere!”

CL: “No. We are one sport where both male and female drivers can compete on a level playing field. Similarly, for any other role in motorsport.”

CW: “In motorsport as a whole, unfortunately I think the gender monkey still lurks. At the very top of the sport men heavily outnumber women. But in the 10 years I have been competing, there has definitely been an increase in the number of women competing and just generally involved in the sport, which is amazing to see. As for actually competing, I think motorsport is one of the few sports that allows women and men to compete as equals, together and against each other in one field, in the same event. Going forward, I am a firm believer that talent and skill should be what gets you to the top regardless of gender, but it would be nice to see more women competing at the sharp end, in all motorsport disciplines.”

On International Women’s Day, what is your message to address the imbalance? 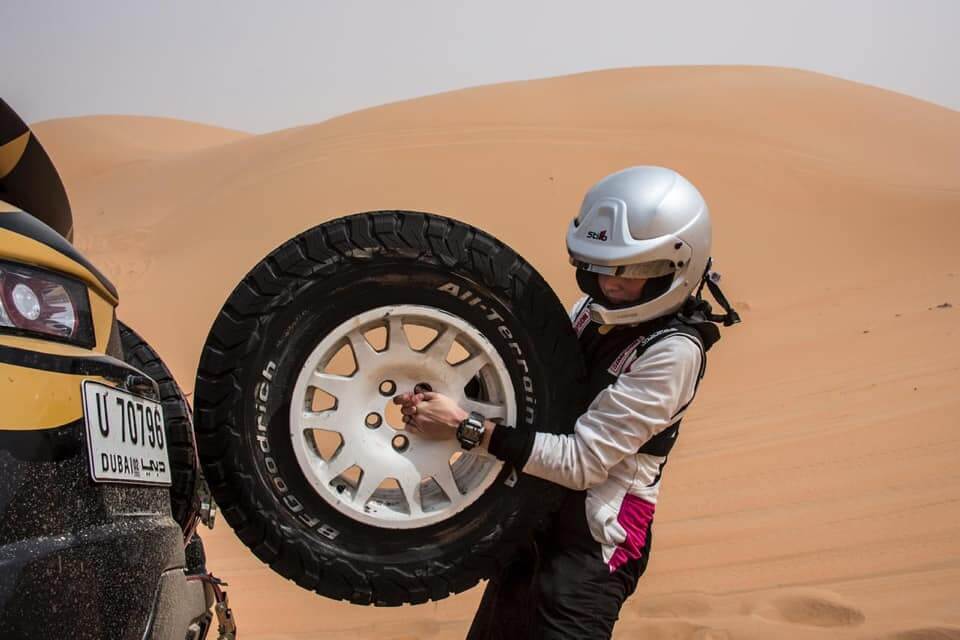 AW: “Motorsport is already a great environment for women to compete in and work in so we need to spread the word!”

NT: “I think all I would say is that we just need to encourage more women and show motorsport in any means is a great sport, and accommodating and open to everyone.”

CJ: “We need to stick together, we’re a talented bunch of women. Let’s use it to our advantage. If you’ve got the passion and dedication, don’t let anything or any male stop you from achieving your dreams.”

CL: “Whatever your interest, go along and give it a go, have the confidence!”

CW: “I would probably say ‘What imbalance?’ The equality gap between men and women has closed dramatically. If only those women of a hundred years ago who fought to be equal to the men could see us now, I am sure they would be proud. And all because of what they started. And a shout out to the men too. They really do embrace us as competitors and officials and work with us to further the sport.”