The Dutchman held off Lewis Hamilton and Valterri Bottas to become the first non-Mercedes driver to win a race in 2020.

Starting from the second row of the grid, Verstappen passed Racing Point’s Nico Hulkenberg on turn one and was soon leading the race after a move on Bottas around Luffield. Despite increasing pressure from Hamilton, Verstappen held off the Mercedes duo to take his first race win since Brazil last year and Red Bull’s first victory at Silverstone since 2012.

A late-race surge from Hamilton saw him pass Charles Leclerc and Mercedes teammate Bottas to claim second place – equalling the number of podium finishes of Michael Schumacher in the process. Bottas’ third-place finish is the second time in three years that the Fin has failed to convert a Silverstone pole into a win.

The 2020 Formula 1 World Championship continues next weekend with the Spanish Grand Prix (13 – 16 August). 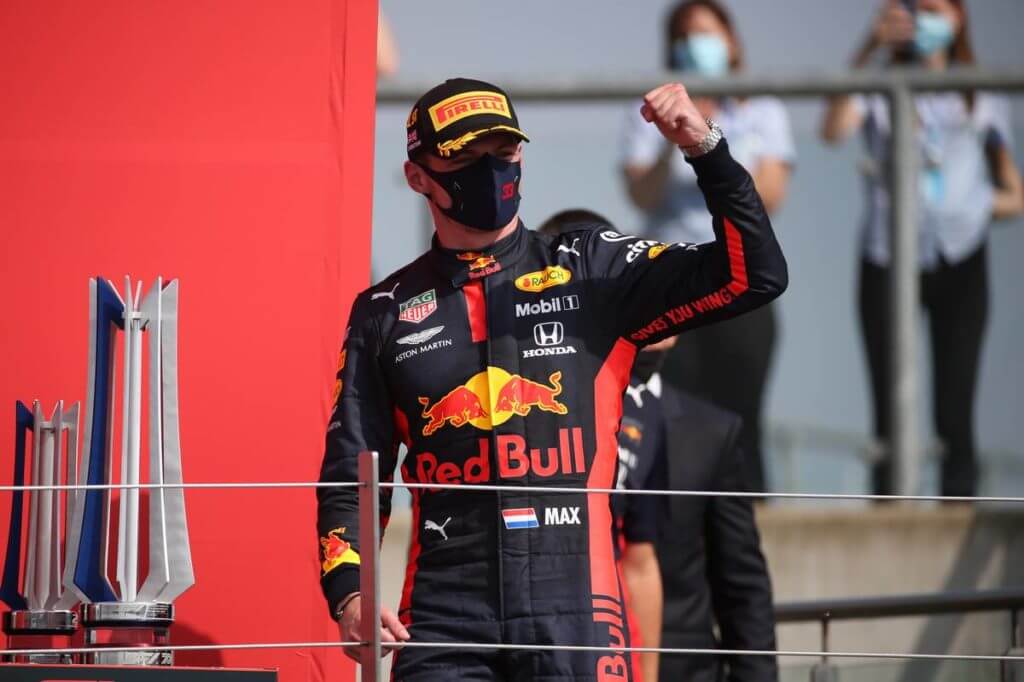