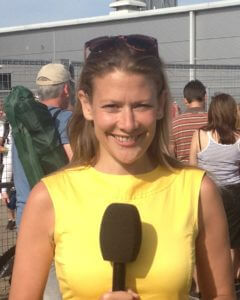 Motorsport UK is pleased to announce the judging panel for its 2020 FIA Formula 1® Future Stars Competition.

‘F1 Future Stars’ was launched in 2018 by Formula 1 and the FIA, offering young motorsport enthusiasts the chance to accompany the F1 drivers on the start grid for the national anthem before each race. Due to the current global health context, Motorsport UK and Formula 1® are offering the experience virtually in 2020, with the opportunity exclusively available to both the children of Motorsport UK members who work for the NHS and Motorsport UK Kart licence holders, many of whom aspire to progress towards the pinnacle of the sport themselves.

Eligible children are asked to record a 30-second video introducing themselves and explaining who their F1 hero is and what it would mean to represent UK motorsport and the NHS on TV coverage of the British Grand Prix. For more information visit motorsportuk.org/f1futurestars. Entries close on Thursday 18 June.

Competition Q and A