The M-Sport Ford World Rally Team (WRT) today revealed for the first time a prototype of the new Puma Rally1 rally car that will help usher in an exciting new era of electrified competition in the FIA World Rally Championship (WRC) from 2022.

The ultimate expression of the fun-to-drive appeal offered to customers in the Ford Puma compact SUV, 1 the new rally car also reflects Ford’s commitment to going all-in on electrification. The company earlier this year announced that 100 per cent of its passenger vehicle range in Europe will be zero-emissions capable, all-electric or plug-in hybrid by mid-2026; moving to all-electric by 2030.

The electrifying performance of the Puma Rally1 prototype will from July 8-10 be demonstrated on the famous Goodwood hill climb, driven by M-Sport Ford WRT driver Adrien Fourmaux and M-Sport Ford test driver Matthew Wilson, before being used as a development car ahead of the 2022 season.

“Ford is 100 per cent committed to an electrified future, and the white heat of competition has been responsible for many of the innovations that appear in our road cars today,” said Mark Rushbrook, global director, Ford Performance. “The M-Sport Ford Puma Rally1 will put hybrid power to the ultimate test, and prove that the technology is capable of delivering thrilling performance.”

M-Sport Ford earlier this year announced its commitment to a new three-year agreement introducing hybrid technology to the top tier of global rally sport. The sophisticated new plug-in hybrid powertrain will provide competition-level performance as well as the ability to travel through towns, cities and service parks between stages using pure-electric power.

The Puma Rally1’s hybrid system operates using similar principles to the Puma EcoBoost Hybrid road car. The powertrain captures energy normally lost during braking and coasting and stores it in a battery that can power an electric motor to enhance the road car’s fuel efficiency or provide a performance boost – in the case of Puma Rally1 as much as 100 kW for multiple boosts of up to three seconds during competitive driving.

Like the plug-in hybrid technology available to Ford customers on vehicles including the Kuga Plug-In Hybrid, the battery pack can also be recharged using an external power source at service points between stages, with a recharge taking approximately 25 minutes. Weighing 95 kg, the hybrid system is liquid- and air-cooled and housed in a ballistic-strength casing to resist the impact of debris and g-forces in the event of an accident.

In addition, FIA WRC Rally1 competitors will use a fossil-free fuel from the 2022 season, blending synthetic and bio-degradable elements to produce a fuel that is 100 per cent sustainable.

“The new era of WRC cars is one of the biggest technological advancements in WRC to date. The introduction of the hybrid means that the cars will be more powerful than ever whilst also directly reflecting the powertrains within their road going counterparts,” said Malcolm Wilson OBE, managing director, M-Sport. “The switch to the Puma is very exciting with the name already having rally heritage, the car looks fantastic and I cannot wait to see it at the start line of the famous Monte Carlo Rally in early 2022.

“Launching this new car at Goodwood is also very special, being one of the most iconic events in the Motorsport calendar. I and the whole of M-Sport look forward to continuing the very successful partnership with Ford to deliver results and keep Ford at the forefront during this new and very exciting era,” Wilson said. 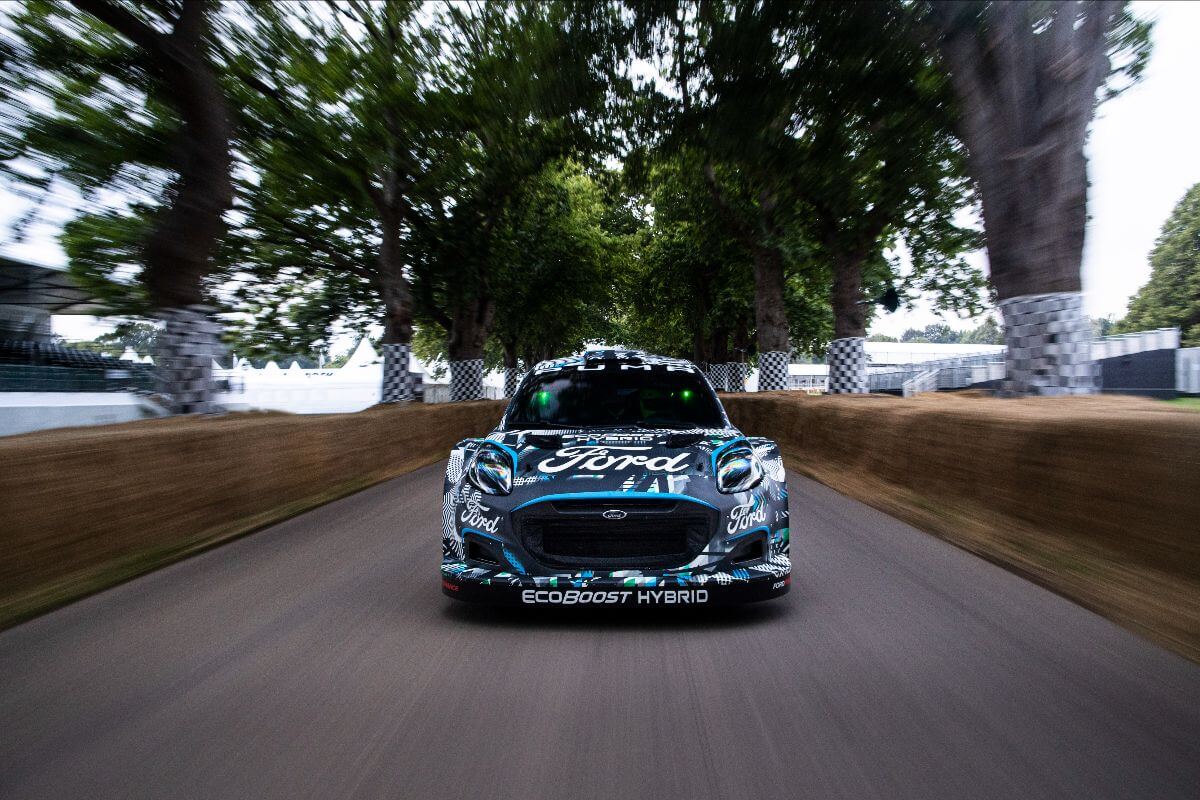