Play time is over! 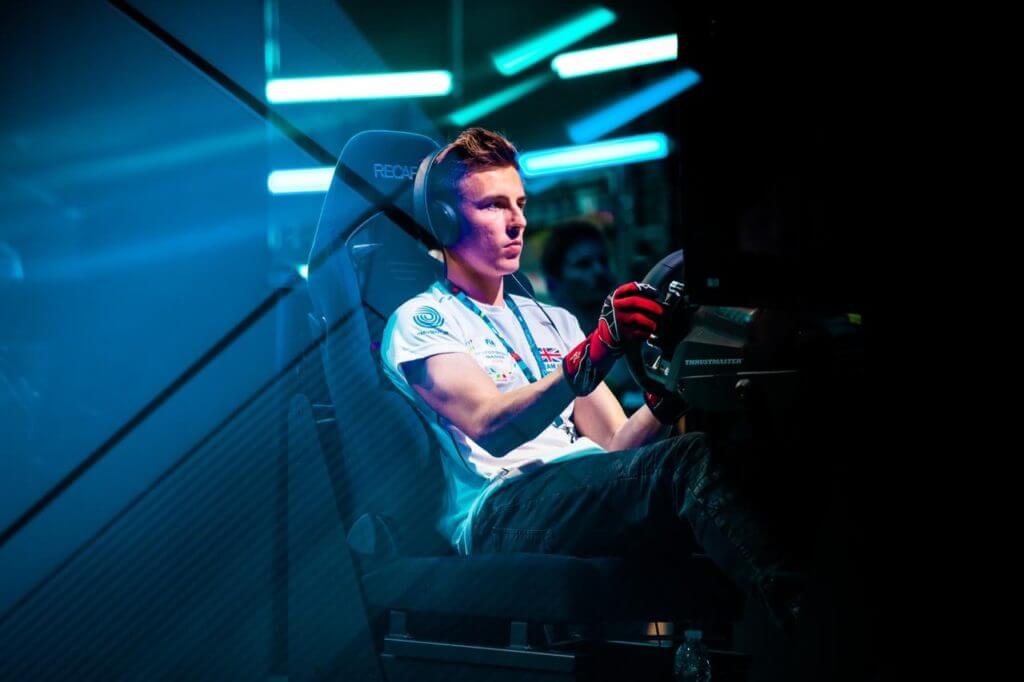 Preparation is key for any level of racing, but track time is expensive and testing opportunities are often limited. Serious simulators have long been a part of professional motorsport but, given the increasing realism of mainstream games, can you use your PlayStation or XBOX to the same ends?

An invitational Mazda MX-5 race in Japan a few years back was my first chance to see if games could be used for more than just fun. Admittedly, Tsukuba is no Fuji or Suzuka. But for gamers it has iconic pop culture status and I’d done countless laps over the years in Gran Turismo. Could that really prepare me to race there for real? Long story short but, still fuzzy with jetlag, I found myself at the headquarters of Polyphony, creators of the Gran Turismo franchise and the kind of place where people race each other on simulators dressed in full Nomex and custom-painted Arai helmets.

I was plonked behind a cinema-sized screen with a seat and a wheel, an MX-5 and Tsukuba were loaded into the game, and off I went for a few virtual sighting laps. Not long after I was doing exactly the same, this time at the actual circuit and in a real MX-5. And lapping to within a couple of tenths of what I’d been doing in the game. That the tricks learned in Gran Turismo – such as using the slight incline before turn one to shorten the braking distance – worked perfectly in real life was astounding.

A little knowledge can be a dangerous thing, though, as evidenced by an onboard video clip of a guy spinning his Nissan 350Z on a tourist lap of the Nürburgring. “Woah,” says the stunned driver to his passenger. “That’s not even a corner on the computer…” Suffice to say, a few late nights on the PlayStation can only get you so far. So, when does the play stop and the serious simulation start? Stand-up comedian Kevin Shepherd has harboured dreams of competing in motorsport since childhood, his chance to make it a reality presented by a competition for a scholarship in the VW Racing Cup. The only problem? He’d never driven on a track and didn’t have the time or budget to develop his circuit knowledge for real. Would driving it on his computer offer him a short cut? “I started out using the sim on the laptop – I thought it’s not real racing, how much can it possibly cost?” he laughs. Quite a lot, as he details in amusing detail in his ‘Old dog, new tricks’ YouTube series.

With the goal of learning Brands Hatch Indy for the scholarship, Kevin threw himself into the world of sim racing, learning a lot on the way. So, how did the real track compare when he finally got there? “It felt very natural, I found I was using the same braking points and things like that,” he says. “The sim racing took away some of those initial nerves and let me concentrate and it felt like I’d probably saved myself at least 10 laps getting to know my way around. When I then raced in the Hyundai Coupe Cup it was very useful to drive round a circuit and know which way it goes after learning it on the sim, though the tracks always feel smaller and scarier in real life!”

“A few late nights on the PlayStation can only get you so far, so when does the play stop and the serious simulation start?”

Some, wary of sim-schooled drivers, might be concerned training in the consequence-free virtual world can lead to over-confidence in the real one, where there’s no ‘reset’ button if it goes wrong. Kevin, however, disagrees. “It teaches you racecraft through the medium of Americans shouting at you!”, he says of his experiences on the popular online iRacing platform.

“You learn very quickly that the car you thought was a distance away is actually a lot closer than you think and, if you touch, there are consequences for both of you.” Nor does he think sim racing makes you complacent about the risks involved in real motorsport, financial or physical. “Anyone who’s graduated from a sim to a real racing car has been on quite a journey and isn’t about to chuck it away.” He’s certainly come a long way from those early days of trying to steer his virtual car with his PC mouse. “It’s got slightly weirder because I wear boots and gloves and have moved my screen closer so I get a better field of view,” he laughs, his YouTube series an informative watch for anyone considering home sims as a training tool.

So, a basic home sim can be a useful familiarisation tool to learn which way a circuit goes. But if you’re taking it more seriously they still have a role. Neil Riddiford is commercial director of iZone Performance, which he set up at Silverstone with John Pratt and Andy Priaulx as a one-stop shop for high-level driver training.

One thing’s for sure, whether you’re using their sims or one at home you can forget any notion of computer ‘games’ and racing for fun. “If you’re using a sim, it has to be purposeful practice,” Neil tells me, unequivocally. “The downside of having a home system is you can end up with poor methodology, meaning you’re cultivating bad habits.” There is also the danger that obsessing on virtual lap times means neglecting other areas. “It would be like spending too much time in the gym,” says Neil. “Obviously you need to be fit for purpose but anything beyond that just means you’re able to drive badly for longer!”

Although Neil has a traditional racing and instructor background, he was quick to see the potential in simulator training. “A lot of people drive by rote, using the standard brake, turn, apex, exit racing school methodology,” he explains. “Having worked in that environment I can understand why, given your number one priority is to make sure all the cars come back at the end of the day.” Freed of that burden, he’s honed his techniques for making people faster, eye tracking in the simulator helping him train drivers to look further round the corner than they otherwise would.

“We’re talking marginal gains – maybe a hundredth on corner entry, a hundredth on apex and another hundredth on exit but it all adds up over the course of a lap,” he says. “Even for world class drivers it’s a challenge, but if it was easy they’d already be doing it.”

“When I then raced in the Hyundai Coupe Cup it was very useful to drive round a circuit and know which way it goes after learning it on the sim” – Kevin Shepherd, stand-up comedian and racer.

Jann Mardenborough, who successfully made the transition from gamer to pro driver through the Gran Turismo Academy agrees, pointing out the limitations of trying to train on a basic console and TV set-up. “Where you look is absolutely the most important part of driving a racing car,” he says. “When I drove for real it was completely different to what I experienced on my 24-inch TV I used to race on.”

Sim training also helps Neil and his team train drivers to operate methodically and analytically. “I don’t want a driver to be quick because they’re being brave,” he says, “I need to make sure their thinking process is efficient – that process-driven mindset then achieves the lap time.” Having grown up in a less sophisticated era, he admits modern drivers can become too data dependent and there’s a balance to be struck. But he’s a believer in this analytical approach and the part sims can play.

“When I drove for real it was completely different to what I experienced on my 24-inch TV I used to race on.” – Jann Mardenborough, GT Academy winner

“They serve a purpose, provided they’re being used in the right way,” he tells me. “Even if you’ve got a home-based system it should be used as a professional training tool. Most people will spend more time in a sim than they will a real racing car and that’s why it must be purposeful practice.” Obviously, the current situation has forced a greater reliance on remote training, with drivers using their own rigs at home and sharing data with coaches online. But can pros still enjoy the process? “I still use sims for fun and for training,” says Jann Mardenborough, though he’s aware of the limitations. “I turn down online races on certain platforms because their physics don’t react in a way I believe is realistic. At that point, the risk versus reward is diminished as I’m concerned my ‘feel’ will be negatively affected.”

Suffice to say, if you’re to consider sim racing as a serious training tool, you’ll need to invest in more than a PlayStation and time on the sofa. Out of curiosity I ask Neil what kind of rig he’d recommend to train properly. He shares a spec so detailed it makes my head spin, a minimum bottom line cost of around £5,000 reflecting how significant an investment this needs to be if you’re taking it seriously. Different strokes for different folks, inevitably.

I’ve found a few PlayStation laps enough to get my eye in ahead of visiting a track for the first time. Kevin’s experiences helped fast-track him to a level of confidence where he could get round Brands Hatch Indy with headspace to deal with all the other things a rookie racer has to process. And pros using set-ups like iZone’s can fixate on shaving a couple of hundredths off their entry to Copse for that all-important quali lap. Whatever level you’re at, it’s clear sims of all kinds have a part to play. Just take your Gran Turismo lap time with a pinch of salt before you try and match it for real…

“Most people will spend more time in a sim than they will a realracing car and that’s why it must be purposeful practice” – Neil Riddiford, iZone Performance