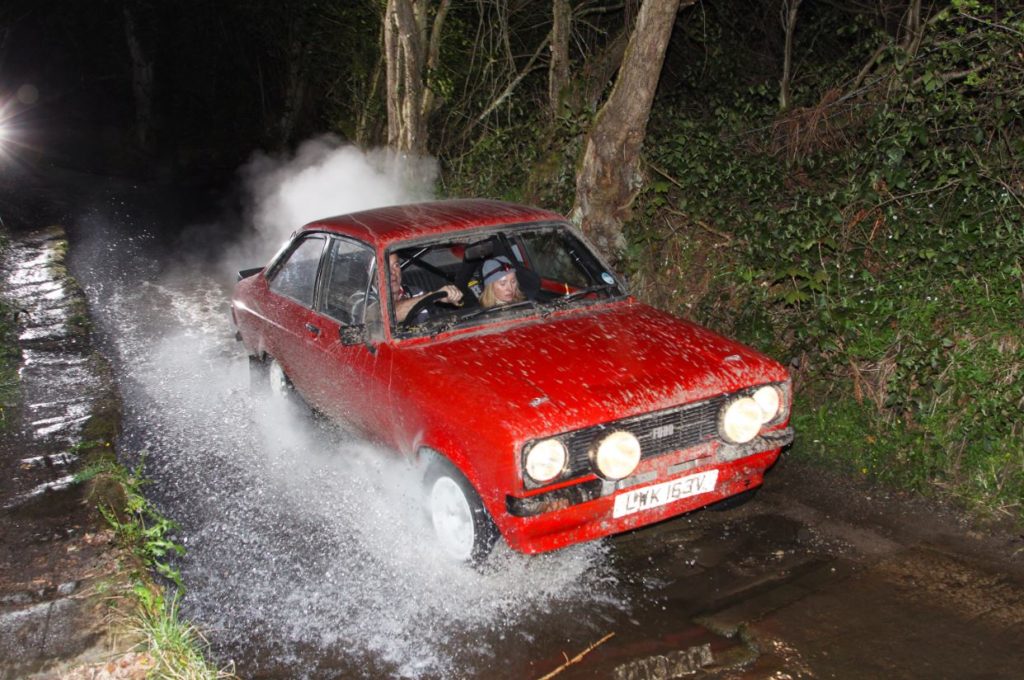 A test of driving ability and brainpower alike, the relationships and skills forged in road rallying are an accessible motorsport anyone can enjoy, by Lizzie Pope. Little did I know when I scrawled my name on a piece of paper in Freshers’ Week 20 years ago that joining my university’s motor club would change my life.

That is no exaggeration. Through road rallying I have met many of my closest friends, not to mention my long-suffering boyfriend, I am part of a fabulous community and I have an exhilarating hobby that still gives huge enjoyment. But what is it all about? Stripped to its basics, it is a navigational challenge on public roads from which all other rallying derives.

Driver and navigator must work together to stay on a time schedule based on a 30mph average. That might not sound tricky, but on tight, twisty roads with the navigator often having to work out the route on the move, it definitely is. And it is seriously addictive. “Road rallies are the purest form of rallying with just driver, navigator and car against the route,” says long-time competitor and organiser, and member of Motorsport UK’s Rallies and Historics committees, Matt Fowle. “Road rallying has its roots in the 1950s, and has evolved so there is something for everyone, from your £500 Nissan Micra doing 12-cars, to your million-pound Bentley on vintage rallies.”

There is so much going on, it can appear baffling to newcomers, who do not realise how easy it is to get involved. How easy? Start by contacting your local motor club using Motorsport UK’s online search function. Different clubs specialise in different types and aspects of rallying, but such is this tight-knit world that someone will be able to point you in the right direction. Again, clubs can advise, but in most cases the free RS Clubman licence is sufficient to get you going.

Then you need a crew. Remember this is for fun, so buddy up with someone you get on with! Trust and teamwork are crucial, but there will be a lot of trial and error, so make it someone you can have a giggle with. Anyone with a full driving licence can sit behind the wheel and you can navigate from the age of 12. “A good navigator needs to keep calm no matter what is going on, and it helps if a driver can think as quickly as they can drive, but they also need to understand that sometimes patience can pay,” shares experienced navigator, organiser and sixtime winner of the prestigious Rally of the Tests, Mark Appleton.

“A good navigator needs to keep calm no matter what is going on, and it helps if a driver can think as quickly as they can drive, but they also need to understand that sometimes patience can pay”

“Being quick on the wrong road is of no use to anyone,” adds Matt Endean, competitor and member of Motorsport UK’s Rallies 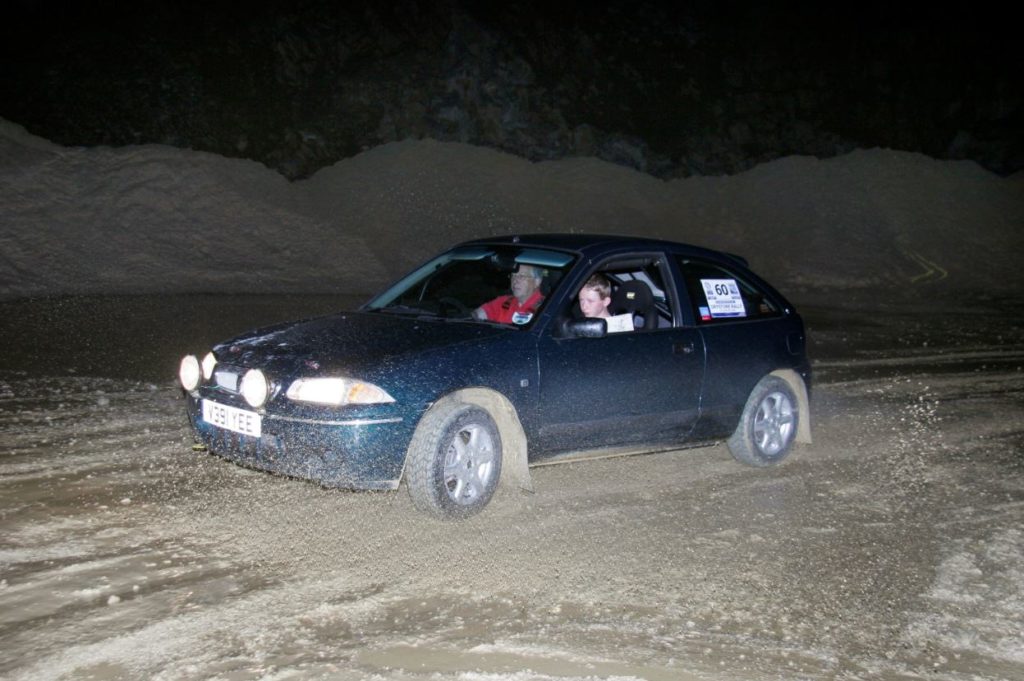 At the most basic level, you can compete in whatever you have, as long as it is taxed and MoT’d. But be mindful that you will need it to get you home and maybe to work the next day! “I started doing 12-cars using mum’s car and with my brother navigating,” recalls Fowle.

“Our first event ended in a ditch, luckily with no real damage.” We have mentioned 12-cars and these, together with scatters, form the basis of road rallying. Whatever other kind of rallying you might go on to do, the skills honed here will stand you in great stead.

A scatter is often described as a treasure hunt. You will be given a list of points to plot on your Ordnance Survey map. You need to choose your route and visit a maximum of three-quarters of the points to answer the clues in the allotted time. Different points carry different tariffs and the winning crew has the highest score.

It is a super way to learn how to read a map, plot and work together. Just make sure you reach the finish in time! A 12-car rally is for up to 12 cars, follows a defined route, has strict timing and lasts about two hours or 50 miles. The navigator usually gets the route a section at a time and has to use the information provided to plot it on the move.

12-cars are ideal for beginners because organisers cater for all, so more experienced crews receive tougher clues en route, whereas novices might be given a map with the route already on it, or get the clues in advance. “Lots of help is given to those starting out, so the onus is on following the route rather than plotting it,” explains navigator, multiple British Women Racing Drivers Club champion and Motorsport UK Rallies Committee member Sasha Heriot.

Many clubs also run training sessions, teaching the types of clues used and how to interpret them. If you do not understand, ask. Tabletop rallies can help navigators refine their skills, too. These navigational exercises – rallies without cars – have been a popular way for the community to come together competitively in lockdown.

“Road rallies are the purest form of rallying with just driver, navigator and car against the terrain, weather and organisers”

Want to take it to the next level? Night-time road rallies are one path and, in many respects, these are extended 12-cars, being on the public road and to a 30mph average, maybe with some off-road special tests. If it is a road rally you will usually get the route beforehand, so you can ‘pre-plot’. If it runs under a navigational road rally permit, some advance information might be supplied, but the navigator may also have to plot while moving, known as ‘plot and bash’.

This will be stated in the event’s regulations and you can ask organisers to supply examples of the navigation to help you prepare. The biggest difference is your car, which must be painted a single colour (unless otherwise specified when new) and have an engine with no more than four cylinders. Various specific restrictions apply to whether it runs carburettors, fuel-injection or a turbo and there are further rules to consider, too, which are all contained in the Motorsport UK Yearbook (or Blue Book), available to download from the Motorsport UK website at: www.motorsportuk.org/newspublications/publications/yearbook/

For those seeking a greater emphasis on the driver’s performance against the clock, targa road rallies are an increasingly popular spin-off you can participate in with standard road cars. Combining elements of rally and autosolos, but with a driver and navigator, targa road rallies take place at closed venues on both hard and loose surfaces, but can also incorporate navigational sections on the road, so you will need a taxed and MoT’d road rally car.

Drivers rely on the navigator’s instructions on the tests, although stage rally style pace notes are not used. In some events, driver and navigator can also swap over and run as discrete entries, albeit in the same car – you may hear this referred to as ‘double driving’ and it means you both get a go at the wheel. Roll cages, harnesses and underbody protection can be fitted, but the car must have all its original interior trim (headlinings, carpets, door cards etc.), meaning more heavily modified rally cars may not be eligible. Once again, talk to organisers and competitors and decide what kind of events you are likely to do before buying or modifying a car. 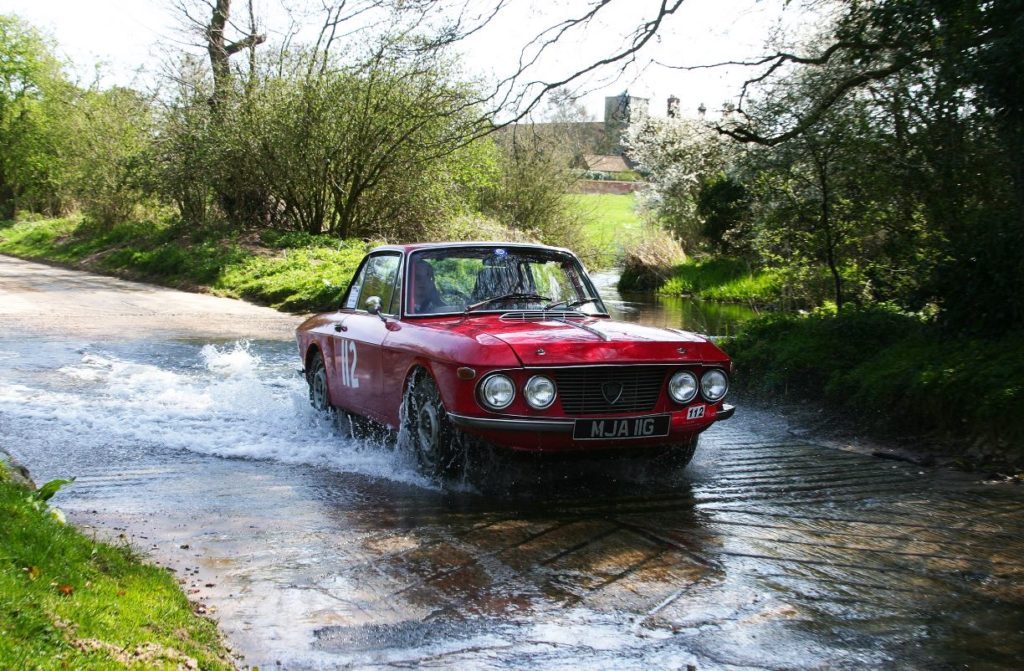 Another option is historic road rallying. While classic cars can be used on other road rallies, these are for cars built on or before 31 December 1985 and offer a slightly different challenge. The cars’ regulations are broadly similar to those for road rallying (see the Blue Book), but these daytime competitions combine two disciplines: special tests and regularities. The former lets the driver show off. Held on private land, you follow a predefined route, often marked by lettered cones, in the fastest time possible. Regularities are the navigator’s time to shine. Using your pre-plot and plot and bash skills, you are also given an average speed at which to complete each timed-to-the-second section. This might sound daunting, but Mark Appleton has some words of reassurance.

“A good 90% of regularity is relatively simple. If you are new, get someone to talk you through the basics then focus on taking the correct route. If that goes well, you might not win, but you will not be last! Have a go and do not be disheartened if it does not result in immediate glory. Just have fun.” Both major series provide training, but the basic format and skills required are the same.

The Historic Road Car Register (HRCR) runs one-day classic rallies across the country in its Historic Road Rally Championship, now in its 26th year. “It comes into its own by offering an extremely competitive series that will not keep you off work for a week or break the bank,” explains Championship Secretary Martin Phaff.

Meanwhile, HERO-ERA’s events range from singleand multi-day rallies to long-distance endurance epics. “From the smallest most standard car to the largest old Bentley, we cater for all,” says Patrick Burke, Managing Director of HERO-ERA. “Competition is an integral part, but so too is camaraderie in the evening. A family has formed, friendships grow.”

This is a recurring theme. “I remember the final leg of a tough Lombard Revival Rally where we had been scrapping for podium positions but our fuel pump failed,” recalls Mark Appleton.

“Without a spare, we were at the roadside when the driver two places ahead of us donated his spare and, within minutes, four of the five leading crews were swarming over the car helping us to fix it.” Those with the time and means to treat rallying as more than just an after-hours hobby have options to go further – literally in the case of longer events offered by HERO-ERA or newcomers such as Rally the Globe. And it can even be a stepping stone to national or even global competition, road rallying alumni including Tony Pond, 1977 and 1985 British Rally Champion Russell Brookes and 2001 World Rally Championship winner Richard Burns.

25-year-old Elliott Edmondson – Gus Greensmith’s co-driver in the FIA World Rally Championship – is another name familiar from the road rallying community. “For a co-driver, there is no better place to learn your trade,” he reveals. “An immeasurable number of skills are transferable and they can all become second nature if you pick them up early in road rallying. There is not a nicer family of people from whom to learn and there is no such thing as too many questions – there will always be someone to help.”

Seeking a high-octane buzz on a night out with your mates? It doesn’t get any better