Rocking and Racing: The Classic at Silverstone

After 24 months of waiting, fans and competitors returned to The Classic at Silverstone to join in the celebrations of its 30th birthday. And the world’s biggest retro festival bounced back in record-breaking style at the weekend (30 July – 1 August 2021). 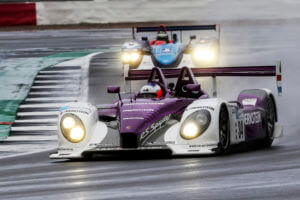 Kicking off the three-day event was more than ten hours of exciting qualifying sessions on Friday, setting up the all-important grid positions for the track action on Saturday and Sunday. The drivers faced brutal damp conditions on the Grand Prix circuit, but two-time Le Mans class winner Emmanuel Collard secured pole position in his 2008 Porsche RS Spyder among the Masters Endurance Legends. A standout performance from Michael Lyons in his 1981 Ensign N180B cemented the top spot for the first of two Murray Walker Memorial Trophy for Masters Historic Formula One races.

Away from the circuit and in sometimes rallying weather conditions, The Classic at Silverstone had a record turn-out of car club members who were revving up thousands of much-loved classics to the dedicated crowd.

With a full capacity grid and taking full advantage of a drying circuit, a new track record was set on Saturday at The Classic by Rob Wheldon in his 2012 Lola-Judd B12/60, eclipsing the previous record held for eight years by Nic Minassian in the Group C Jaguar XJR14. Wheldon averaged a speed of more than 124mph when successfully chasing down the ex-Jacques Villeneuve Peugeot 908 of Francois Perrado.

A record number of festival goers were also treated to 12 fiercely-fought races, including the Royal Automobile Club Tourist Trophy for Historic Cars which was won by Lukas Halusa after beating the well-known F1 driver turned Sky TV pundit, Martin Brundle, in a unique ’61 Ferrari 250 GT ‘Breadvan.’ 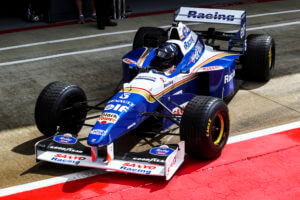 The 1996 Formula One World Champion brought down the curtain for the third and final day of The Classic at Silverstone. Damon Hill was reunited with his title winning Williams-Renault FW18 for some thrilling laps around the home of British Motor Racing, marking the 25th Anniversary of his World Championship win. And despite honouring 30 years of the biggest retro racing festival, Sunday was the first time the Brit had attended the event.

The Classic at Silverstone was not the only birthday celebration to take place at the weekend. Special showdowns took place to honour 60 years of the Jaguar E-Type and Mini Cooper S. It was back to the future for 40 years of the DeLorean DM-12 with 20 iconic time-travellers attracting attention. And with more than 375 Triumph Stags coming together for the much-admired British sportscar’s 50th birthday, the Stag Owners’ Club was presented with the Adrian Flux Trophy for the Car Club of the Show.

In addition to the renowned motor racing names, nine spectacular showdowns provided nine hours of epic entertainment and resurrected more than 900 racing rivalries from motorsport’s golden years on Sunday. But before the day’s racing was underway, the motorsport and marshal communities at The Classic participated in a minute’s silence to honour a trackside volunteer who sadly lost their life at Brands Hatch on Saturday.

For more information on the winners or to relive the action from the three day festival, you can visit The Classic at Silverstone YouTube channel.