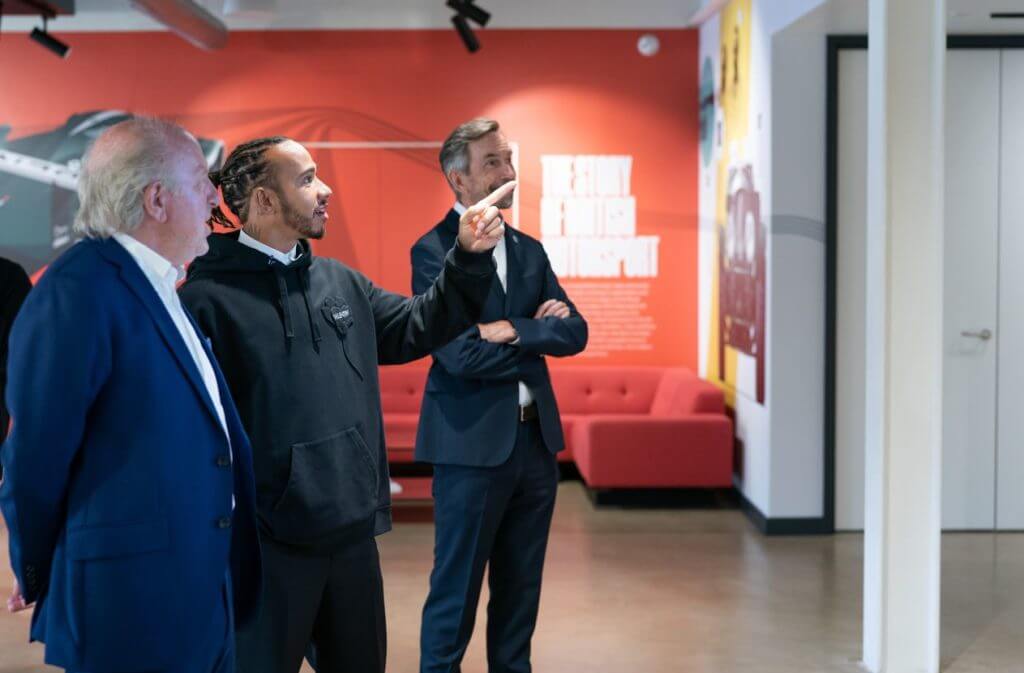 The Seven-time Formula 1 World Champion was greeted by Motorsport UK Chair David Richards CBE, CEO Hugh Chambers, and staff from the governing body and membership association for four-wheel motorsport in the UK. The Mercedes-AMG Petronas Formula 1 driver was invited to tour Motorsport UK’s new operational base to see at close quarters the work the organisation is doing to sustain and develop safe, fair and fun motorsport in the UK.

Hamilton was able to reflect on the history of UK motorsport as he viewed ‘The Story of British Motorsport’ – a unique art installation commissioned by Motorsport UK to chart the sport’s evolution from 1905 to the present day, and which includes some of his own career-defining moments.

During his visit, Hamilton was presented with the coveted Hawthorn Memorial Trophy by the Chair, which marks the 11th occasion that he has accepted this prestigious award from Motorsport UK. The trophy was presented to Hamilton as a result of his 2020 FIA Formula 1 World Championship title, plus recognition for his work campaigning to provide equal opportunities in motorsport for those from under-privileged and minority backgrounds.

David Richards and Lewis discussed a number of key imperatives for the sport – at home and on the world stage. Motorsport UK commends and is aligned with Hamilton’s advocacy for racial diversity and sustainability, and Richards took this opportunity to congratulate him on The Hamilton Commission’s report – ‘Accelerating Change: Improving Representation of Black People in UK Motorsport’, published earlier this week in partnership with The Royal Academy of Engineering.

Sir Lewis Hamilton commented: “It was an honour to officially open Motorsport UK’s new headquarters today, and to receive The Hawthorn Trophy. I’m very proud to race with the Union Jack on my suit and represent my country out there on the track, so receiving this award is always very special to me.

“I know David and the whole team here have big plans in place for the future of our sport, including encouraging the next generation of drivers, and improving diversity, and I hope to be able to visit again soon to see how they progress.”

Motorsport UK Chair David Richards CBE, reflected on the significance of Lewis Hamilton’s visit: “Motorsport UK is immensely proud and privileged to have welcomed Lewis to our new home in the heart of ‘motorsport valley’ today and I would like to thank him for officially inaugurating the headquarters from which our staff will embark on the next steps in the governing body’s mission to sustain and develop our sport in this country.

“Lewis is a fantastic ambassador for our sport. His achievements are the best possible example to future generations of young drivers looking to follow in his footsteps, but also to everyone participating in motorsport at every level.

“Bicester Heritage has a vision to secure a robust and dynamic future for motoring past, present and future, the businesses that serve this market, and the people who work in the industry. It therefore provides the perfect backdrop for our organisation to continue the work we have initiated thus far to protect and promote motorsport for the benefit of our 60,000-strong community – growing our British championships, providing more accessible entry points into grassroots disciplines, and developing our volunteers and officials, without whom there would be no motorsport.

“We also begin an exciting new chapter that will see us take significant strides to address the issues looming large on our sport’s horizon. Equality, Diversity and Inclusion, Sustainability, the future of cherished disciplines like Rally – these are just a few of the challenges and opportunities on our immediate agenda.

“As Motorsport UK prepares for one of its biggest events – the British Grand Prix, for which we are the official Organiser – Lewis’ visit has provided our 60 staff members with enormous encouragement, for the weekend ahead, and our future endeavours. We wish Lewis a successful weekend at the home of British motorsport.”

Lewis Hamilton joined David Richards in unveiling a commemorative plaque, also specially commissioned using components from one of his 2021 race cars to provide a permanent record of the official opening ceremony. 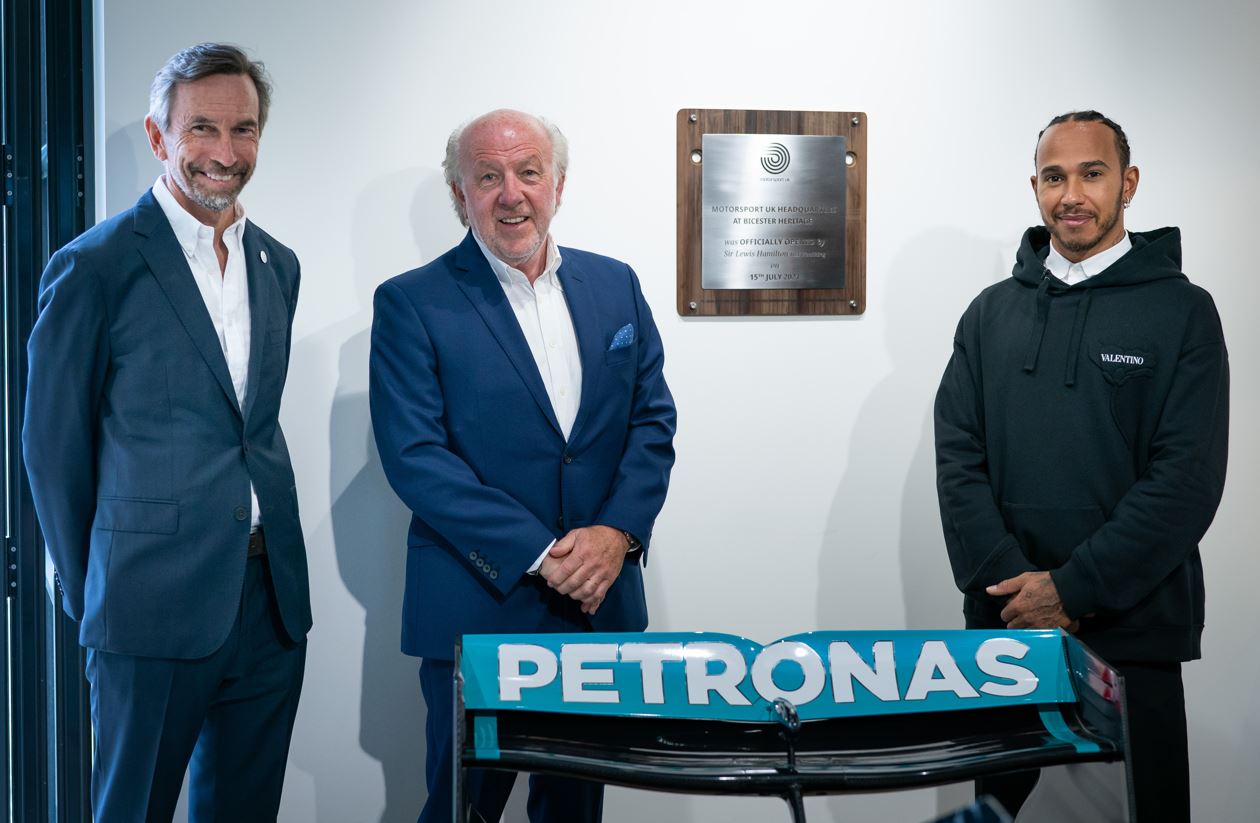