Graduates from the Motorsport UK Diploma in Sporting Excellence (DiSE) at Loughborough College have raced to a hat-trick of national championship titles in recent months.

All three were students at Loughborough College’s Diploma in Sporting Excellence (DiSE) Motorsport programme, a unique course which nurtures and supports elite motorsport prospects in partnership with Motorsport UK, the governing body for British motorsport.

Andy Motch, Loughborough College’s work-related learning deputy manager, said: “We have a proven track record of supporting future sport stars and we could not be prouder of Luke, Sandy and Harry for their success. The flexibility within the programme allows drivers the opportunity to race across the world whilst managing an education programme.

“The DiSE programme, which features 1:1 sessions with nutritionists, psychologists and motorsport coaches, allows the athletes to set bespoke targets for their season and gives them access to high quality support throughout their time on the course.

“Working within this elite environment, it’s clear to see how our unique partnership with Motorsport UK is achieving tremendous results and success for our students, past and present and, I’m sure, for the future.”

Katie Baldwin, Competitors Pathway Manager at Motorsport UK, said: “It’s great to see so many drivers continuing to develop and progress through the Motorsport UK Academy to achieve outstanding results.

“The quality of the DiSE delivery at Loughborough College is of a really high standard and gives young talent a real insight into what it really takes, setting them up for a professional racing career.

“The DiSE programme allows opportunity for drivers to build and work on developing all areas of their motorsport performance, both on and off the track. To see drivers graduating from the DiSE programme to achieve success at the highest levels is a testament to the success of the programme and we look forward to continuing this great work with Loughborough College.”

Luke, 18, won the British F4 championship, winning his final race at Brands Hatch to claim the title which has previously been won by current F1 driver Lando Norris in 2015.

Sandy, 20, won the British GT3 Championship with Rob Collard, the youngest champion in a decade, as well as the Total 24 Hours of Spa race.

And Harry, 19, won the Porsche Carrera Cup Junior, with a stunning season of 12 wins and seven poles from 16 races.

Young aspiring drivers and co-drivers, serious about their motorsport career, who are interested in applying to the Motorsport UK Academy enhanced Diploma in Sporting Excellence can enquire via academy@motorsportuk.org 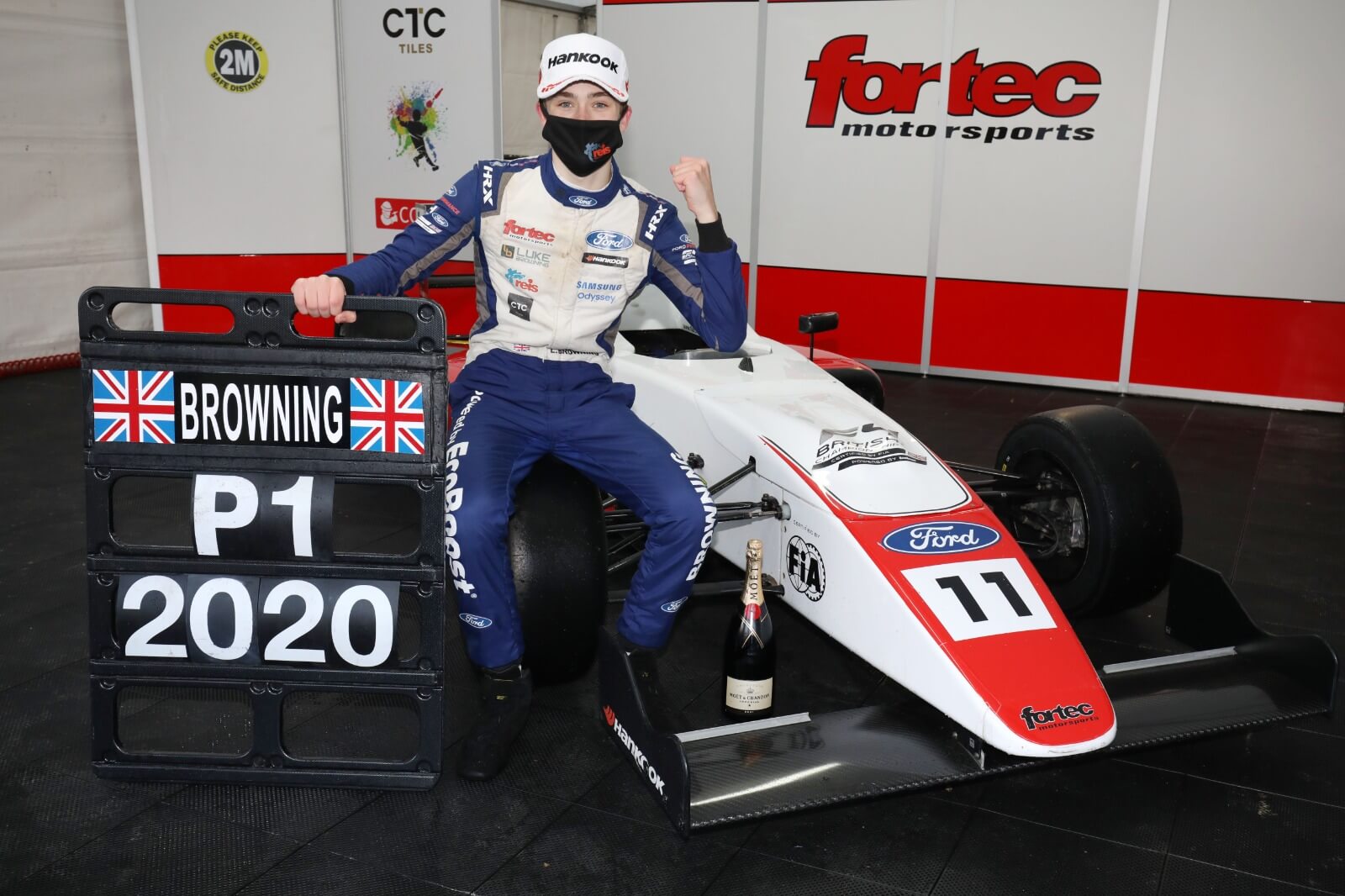