British Grand Prix fever is in the air and there’s so much to look forward to at Silverstone this weekend. F1 may be headlining, but there will be plenty of action for the capacity crowd to enjoy between sessions, thanks to a bumper billing of support acts, including W Series, making its Silverstone debut.

This free-to-enter, all-female championship is designed to promote the best drivers in the world, inspiring young girls to go karting and bringing more females into the grassroots of the sport. 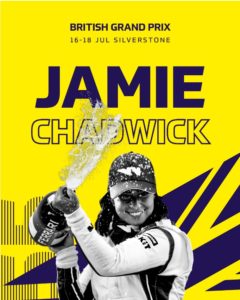 The cast includes several British drivers all vying for the podium and hoping to get race fans out of their seats on Saturday. Reigning Champion Jamie Chadwick is the driver to beat, as she currently tops the table on 33 points and leads a British 1,2,3 in the driver standings. After a difficult start to her 2021 campaign, the Veloce Racing star bounced back to take the first W Series clean sweep in Austria, topping every session and leading every lap in a lights-to-flag victory.

Just three points behind Jamie is Sarah Moore, driving for Scuderia W. Moore has been super-consistent this season, securing a podium in the opening round and fourth place in race two, to put herself second in the standings. Moore has yet to stand on the top-step in her W Series career, but with the home crowd behind her, a win doesn’t look too far away for the 27-year-old. 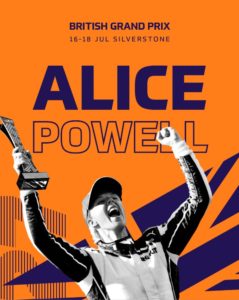 Another Brit gunning for the title this season is Racing X driver Alice Powell. Powell got off to a flying start in Austria, the 28-year-old clinching the opening round of the series and will be going for gold once again on home turf at Silverstone.

Powell will also be keeping a watchful eye on protégé Abbi Pulling, who will be making her W Series debut at the Northamptonshire venue. Pulling will dovetail her drives in the female series with a full campaign in the British F4 Championship. 18-year-old Pulling impressed many in the pre-season W Series test at Anglesey earlier in the year and could well put the cat amongst the pigeons this weekend in her PUMA-supported car. 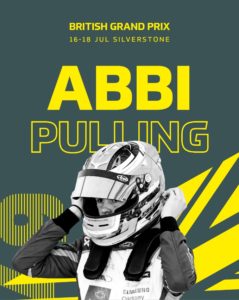 Abbie Eaton (Ecurie W) is in her first year in the series and is finding her feet very quickly in the competitive category. Eaton seeks her first podium in her quest to break into the top ten in the standings, while Jessica Hawkins (Racing X) is the final British driver in the series. Like Eaton, she will be fighting for a strong result on home soil, as the 26-year-old goes in search of her first top-5finish.

We are ready for a battle royale this weekend in W Series, but if you can’t attend in person, you can watch the British round from the comfort of your own home on Channel 4 – Saturday 17 July from 1.05pm.