The event, jointly organised by Newquay Auto Club, Plymouth Motor Club and Truro and District Motor Club was the first Hillclimb in the UK to take place on a closed public road back in 2018 after the passing of a law in Parliament enabled the suspension of the Road Traffic Act for motorsport.

It returned once again last weekend, bigger and better than ever with an increase in the course length to 850 meters providing an additional challenge for the competitors.

Drivers from across the UK flocked to the region in a wide variety of machines which included almost standard road cars, to fully modified racers, all eager to sample the unique venue which is nestled on the North Cornish Coast between Padstow and Newquay.

Coupled with stunning weather in the county, spectators headed to the motorsport extravaganza in their droves, with initial estimates showing an attendance increase of almost 1,000 on last year’s figures.

The arrival of the longer course would mean the challenge would be set for drivers to secure the coveted “Fastest Time of the Day” on the extended Hillclimb. Last year, the record was taken by Tavistock’s Doug Bennett in his powerful Sylva Striker kit-car, with a time of 24.74 seconds during his first timed run of Saturday afternoon, whilst fastest on Sunday went to Chard-based Stewart Lillington and his Radical SR4 kit-car.

This time around however it would be Dorchester based Rodney Thorne who thundered his powerful five-litre Pilbeam MP43 to the fastest time on both days, with a time of 31.27sec on Saturday and going slightly better on Sunday with a 30.63sec, ensuring he will be the man to beat for next year’s event. 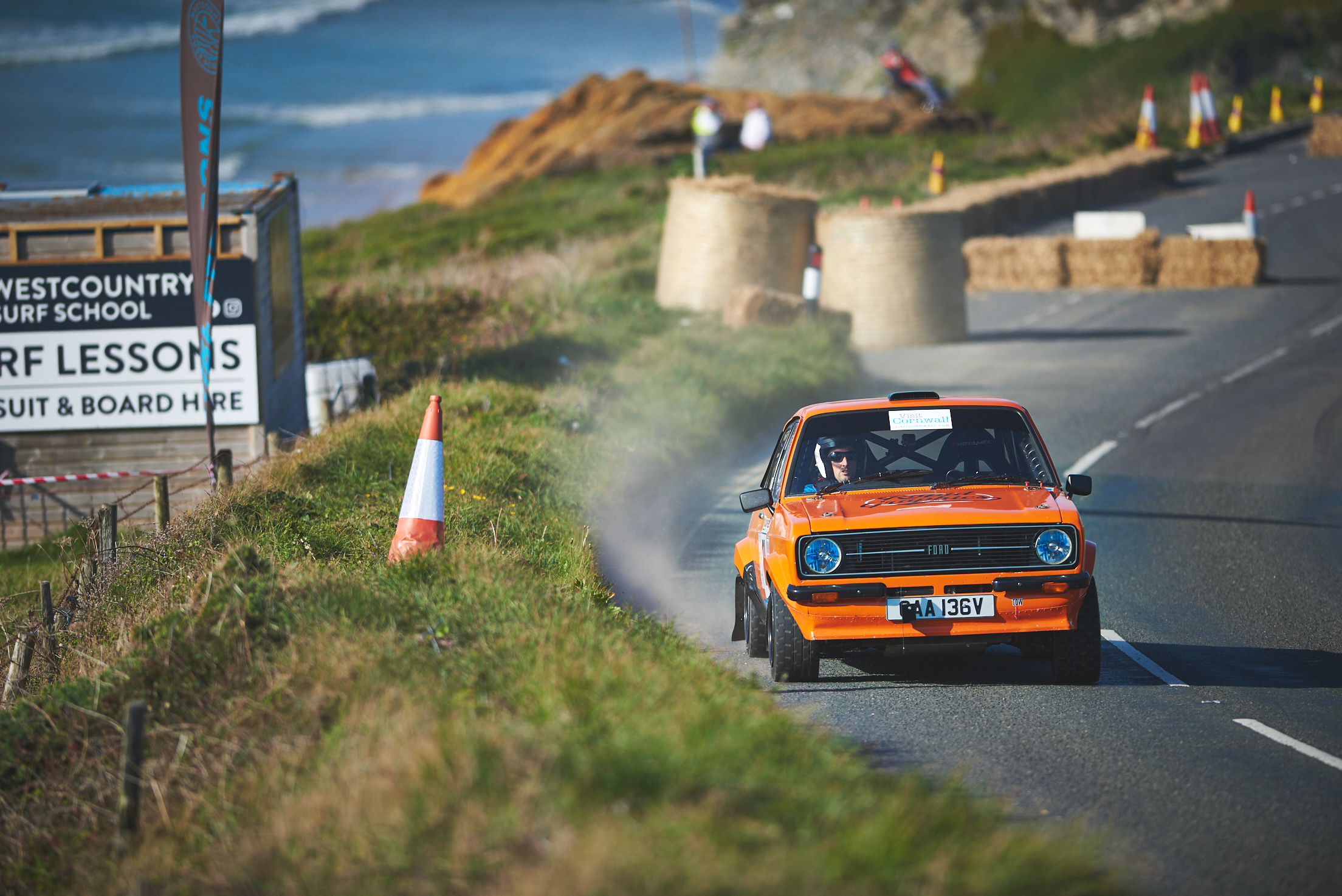 The day wasn’t without its drama, however, as the action was hotting up at one of the courses chicanes which claimed Subaru Impreza pilot Jason MacDonald who rolled his rapid class C3 machine. It would also see the demise of Hillclimb racer Shelley Deacon in her Audi TT who rode the bank on the exit, ending her day on the spot. Both drivers were unhurt.

Local charities were also able to benefit from the weekend, with all profits being donated to the Cornwall Air Ambulance and Cornwall Food Foundation, which includes Jamie Oliver’s apprentice training scheme at the nearby Fifteen restaurant.

Crowds flocked to the event for its second running after a bumper month of motorsport in the region. Watergate Bay Speed Hillclimb was the flagship event for Cornwall Motorsport Month, a joint initiative from Visit Cornwall and Motorsport UK, the governing body of the sport in the country, to highlight the county for its diverse range of activities outside of its usual tourism and surfing tag.

After a public scrutineering a technical session on Friday night, crowds were able to visit the Watergate Bay car park for a screening of the movie Rush at a drive-in cinema, ahead of the weekend’s event. The Hillclimb’s place in the calendar had also attracted the attention of a documentary maker, who was filming at the event for a programme to be aired on ITV in the near future.

Organisers estimate that over 2000 people per day passed through the spectator entrance to enjoy the action, as well as getting up close to the drivers and cars in the dedicated paddock area at the top of the hill. Spectators were also able to chat with the drivers in the bottom paddock in the nearby Watergate Bay Hotel car park in the heart of Watergate Bay.

“Last year was all about getting the Hillclimb off the ground and as the first event in the UK to do so, we had many hurdles to overcome but managed to run a very successful event for our first attempt” says Deputy Event Director Dave Brenton.

“We knew what we needed to do to create a bigger and better event this time around and I`m delighted to say that this year has been the best yet. Each spectator and driver that I’ve spoken to says it’s the best event they have done for a long time which truly makes all the hard work that the team put in worthwhile”. 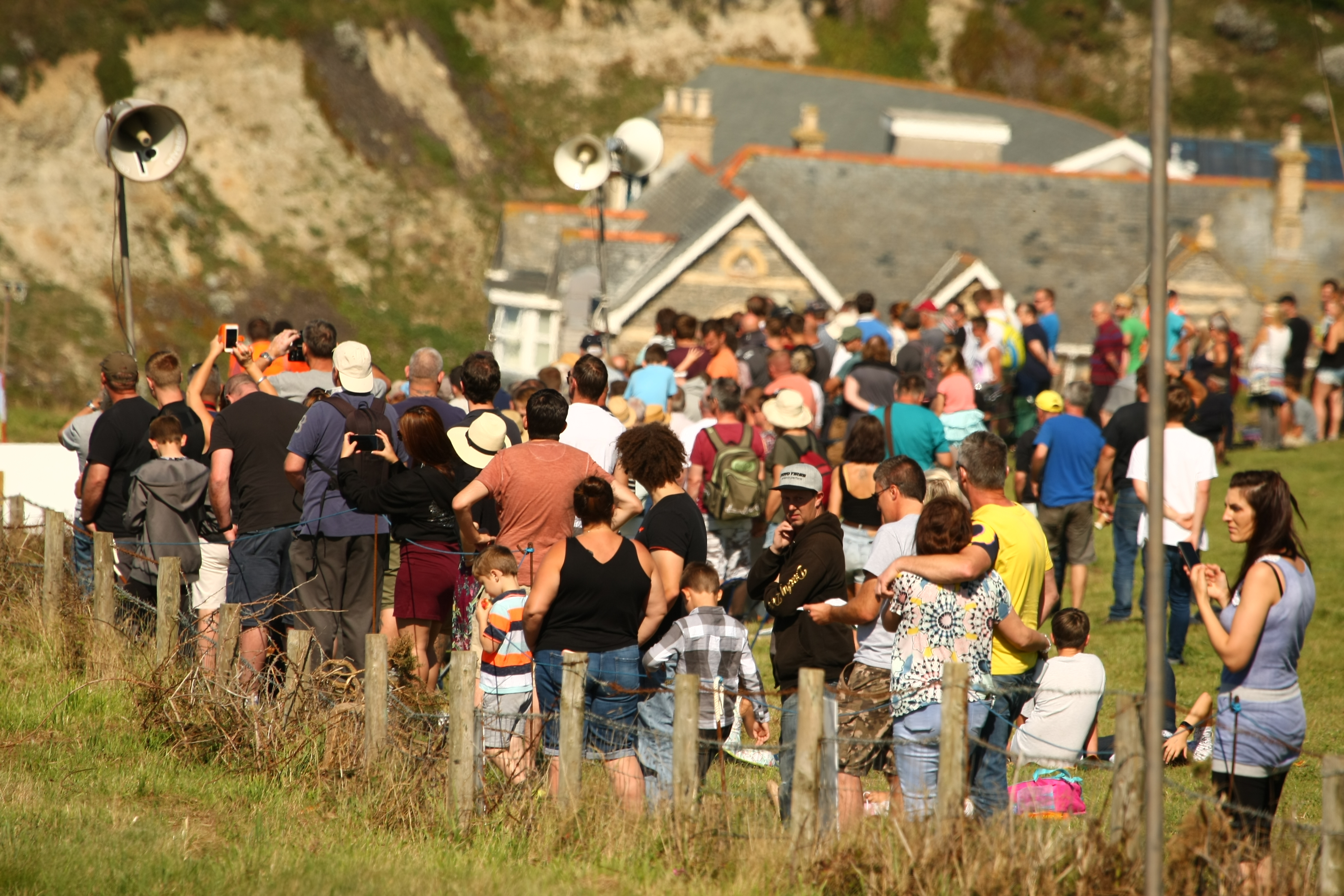 After many years of planning, the Hillclimb has been the brainchild of Brenton who, along with a dedicated organising committee ensured the event got off the ground in 2018.

Hailed as a ground-breaking event back then, the team have been working on plans for the future.

“I`m pleased to announce that the Watergate Bay Speed Hillclimb will return to the motorsport calendar on the 19th and 20th September 2020 and not only that but subject to the authorisation from Motorsport UK, we will be looking to extend the course further still from our current layout, meaning the hill could well be approaching 1000 metres next year” he says.

For full results from the weekend – www.watergatebayhillclimb.co.uk