Best of British returns in August

Motorsport is well and truly back on track since its restart on Saturday 4 July with over 150 events having already taken place throughout the UK. Now, one month on, the next phase of the sport’s exciting return gets underway, as several Motorsport UK British Championships roar into life.

As well as the domestic series, Motorsport UK will be playing its part in the organisation of the two Formula One Grands Prix at Silverstone. Over 420 volunteers are managed and choregraphed by the Motorsport UK team for the double-header at the home of British motorsport.

First up will be the British Grand Prix (31 July-2 August), with the special 70th Anniversary race the following weekend (7-9 August). Unfortunately, like all major sporting events, the two events in Northampton will be behind closed doors, but luckily for fans there are numerous ways to get your F1 fix. Channel 4 and Sky Sports will be showing every session of the British Grand Prix live, while F1 TV supplements the coverage with live timing, data and telemetry, as well as race replays and highlights through an on-demand service. Motorsport UK members receive 15% discount as an exclusive member benefit, and this can be claimed in the member portal. 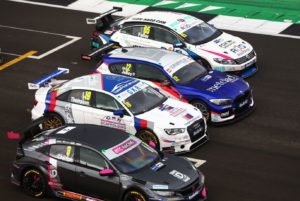 The British Touring Car Championship (BTCC) gets its season underway at Donington Park this weekend (1-2 August).

Reigning champion Colin Turkington sealed his fourth title last season. Can the Northern Irishman lift the trophy for a record breaking fifth time? With all races being shown live on ITV4, with highlights and behind the scenes features on the BTCC Facebook page, you won’t miss a moment. 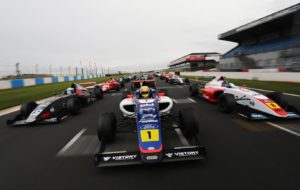 Supporting the tin top series is the Motorsport UK British F4 Championship, where the F1 stars of tomorrow cut their teeth on the best circuits in Britain. This is the series that propelled 2015 champion Lando Norris into the limelight and always provides close, wheel-to-wheel racing.

Selected rounds will also be shown live on the ITV4 BTCC bill, as well as highlights on ITV channels shortly afterwards. 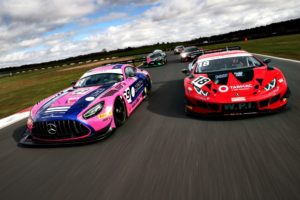 Following the Cheshire opener, further rounds will be played out next month, with Donington (15-16 August) and Brands Hatch (29-30 August) hosting Britain’s premier sports car series. Look out for James Baldwin, a driver who switches from the Esports world into a GT3 McLaren 720S run by the Jenson Button Rocket RJN team. Baldwin, the 2019 World’s Fastest Gamer and Motorsport UK FIA World Motorsport Games driver and his teammate Michael O’Brien will be looking to spring a surprise on the racing establishment. All the races will be streamed live on both the British GT and Motorsport UK Facebook pages. Don’t miss a thing! 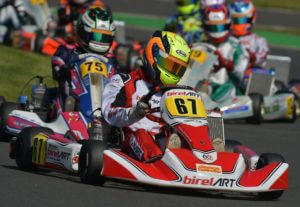 The Motorsport UK British Kart Championships host the pinnacle karting classes in Britain, with a big entry expected for the new year. Rotax, IAME, TKM, KZ2, Bambino and Honda categories all start their 2020 season next month, with drivers as young as seven through to the best adult karters in the land creating plenty of edge-of-the-seat overtaking action on the short circuits around the country.

The first round at Rowrah in Cumbria will host the IAME, KZ2 and Bambino runners between the 14-16 August. All of the Sunday action this season will be broadcast live on both the Motorsport UK and British Kart Championships Facebook channels. 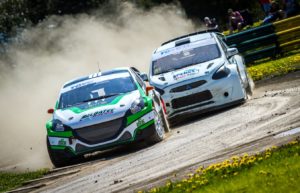 The curtain-raiser for the Motorsport UK British Rallycross Championship will be at the fabled Lydden Hill circuit in Kent on the August Bank Holiday weekend (29-31 August). The 600-bhp Supercar monsters will produce plenty of door-to-door, broadside racing across the short-sharp events on the mixed asphalt and gravel circuits. The opener at Lydden will be supplemented with trips to Scotland, Wales and an overseas visit to the Republic of Ireland in the coming months.

A fresh look and fresh brand will be backed-up by race highlights after every weekend on the British Rallycross and Motorsport UK Facebook and YouTube channels, with the spotlight being shone on the top-flight series as well as the extremely competitive support classes.

Our final British Championship to return to action will be the Motorsport UK Autostest Championship. This skilful art form returns in August with two rounds to be played out this month with the Alwoodley Motor Club’s Nic Ayre Memorial Autotest getting proceedings under way on the 9 August with the Caernarvonshire & Anglesey Motor Club’s Kennings Autotests held at Anglesey Circuit on the 23 August.