Jessica Edgar and Ella Stevens, two young British females who share a passion for motorsport have been selected by the governing body of world motorsport, the FIA, and Ferrari’s Driver Academy, as contenders in their search for Ferrari’s first-ever female racing professionals.

The two girls have been chosen as part of an exciting and innovative talent detection programme by the FIA Women in Motorsport Commission and its first major partner, Scuderia Ferrari. The programme reviewed hundreds of FIA Girls on Track – Rising Stars applications to make the best possible decision about who should take part in the programme, planned for October.

As a part of the long-term pathway to support young female racing drivers, Jessica, 15, and Ella, 13, will compete against each other and 18 other young females aged between 12 to 16 from around the world to try to earn a place as one of two drivers accepted on a four-year programme, with the ultimate aim of joining Ferrari for an FIA Formula 4 Championship season.

During the autumn months, the drivers will be put through a series of intense training programmes and tests, starting with a shoot-out style race on the famous Circuit de Paul Ricard in France, where the best 12 drivers will progress to the next round. If they are successful at each of the three training stages, they will then be asked to join Ferrari’s prestigious driver training programme, of which current F1 driver and 2017 F2 Championship winner Charles Leclerc is an alumnus. 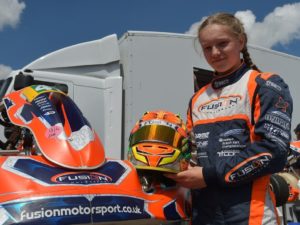 Ferrari will provide the two finalists with a holistic programme of learning and development that comprises workshops on how to improve driving, sporting and technical knowledge, and communications, all of which are vital to a driver’s success.

Jessica, from Cumbria, said: “I’m honoured and excited to have been selected to be a part of the FIA Girls on Track – Rising Stars programme. Having been given this opportunity, I will do my very best to progress through the programme. I’d like to thank Motorsport UK for nominating me and giving me this amazing opportunity to develop my ability and fulfil my dream of a career in motorsport.” 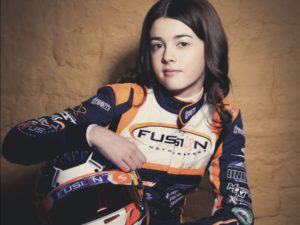 Ella, from Bristol said: “It’s amazing to be chosen as one of the final 20 individuals from across the world to be a part of this once-in-a-lifetime opportunity. I’m really looking forward to the first phase of testing and I will work as hard as I can to progress my dream of becoming a professional racing driver.”

Having karted since an early age, they are no strangers to success. Jessica and Ella share multiple round wins, championship titles and have a wealth of experience between them, including Ella’s 2017 BirelART UK Cadet Championship win and Jessica representing the UK in the FIA Motorsport Games last year, held in Rome.

Jessica is also a part of Motorsport UK’s Academy programme which is a talent development pathway that equips the UK’s most promising young drivers with the knowledge, skills and attitude needed to maximise their performance.

Hugh Chambers, Chief Executive Officer of Motorsport UK, the national governing body for four-wheeled motorsport, commented: “It is fantastic to have not one but two strong contenders from the UK competing for this opportunity to develop alongside some of motorsport’s best talent.

“At Motorsport UK we believe that ours is one of the only sports where male and females can compete on a level playing field. That is why we have aimed to be at the forefront of driving female talent and we actively encourage female participation in any capacity, from getting behind the wheel to pursuing STEM careers, and we are proud to see an increase in female licence holders year on year.”

Motorsport UK wishes both Jessica and Ella the very best of luck during the programme and will be following and promoting their progress with great anticipation.