Toyota GB and Wales Rally GB are calling for schoolchildren and pre-university students across the UK to enter a special ‘Design a Rally Car Livery’ competition. The initiative was launched last month and will continue despite the recent cancellation of this year’s UK round of the FIA World Rally Championship (WRC) as a result of the COVID-19 pandemic.

The winner will see their dream design come to life as a wrap for a Toyota GR Yaris – the new performance model born from Toyota’s title winning experience in the WRC. Featuring all-wheel drive and a punchy 1.6-litre, three-cylinder turbo engine delivering 257bhp and 360Nm of torque, the lightweight GR Yaris will be the perfect canvas for the winning livery.

After returning to the WRC in 2017 after a 17-year absence, Toyota Gazoo Racing won the Manufacturers’ world title the following season with its Yaris World Rally Car. It then lifted the Drivers’ crown last year as well as winning Wales Rally GB.

Entry forms can be downloaded with the official design templates and full competition details, from the dedicated Spectator section of the Wales Rally GB website. The competition closes at midnight on Friday 28 August. The overall winner will be invited to the unveiling, by Britain’s top rally driver Elfyn Evans, of the GR Yaris wrapped in their livery design and will also receive a framed picture of the GR Yaris.

To provide some guidance on how to create a design for an eye-catching car livery, Toyota sourced the following top tips from car livery designer Tim Holmes of Tim Holmes Design:

1. Decide on your idea or theme.  This is often dictated by a primary sponsor, team styling, or a driver’s brief and vision.

2. Next select your colour scheme/palette. Tim personally likes to stick to around three colours: a base, primary and then an accent colour to make the design ‘pop’, but don’t let that restrict you.

3. Place your Primary Logos or items of visual interest in the most effective locations, such as the side, bonnets, rear tailgate, then add a scattering of support logos on the four corners of the car if needed.

4. Follow the flow of the car. The car’s shape will often dictate the direction, styling and what you can apply to the car.

5. Take a break and then return to your design for a once over to make sure you’re happy. If not, make a few tweaks.

6. Overall the most important tip is simply to have fun and play around until you are happy with your design.  Good luck!

The Wales Rally GB team has close links with Toyota as the high-profile World Championship event’s Service Park was to have been based alongside the company’s engine manufacturing plant in Deeside, Flintshire. Moreover, a similar competition to design a livery for a Toyota GT86 sportscar has been successfully organised for the past three years.

Scott Brownlee, Toyota GB Head of PR & Social Media said: “Over the years we’ve received some amazing entries and I always look forward to seeing the designs. We see a lot of clever ideas and this year it will blank canvas as we are using a brand new car, the GR Yaris. The winner’s design will be transferred onto one of the first GR Yaris in the country so the winner will get to be driven in the car they designed.” 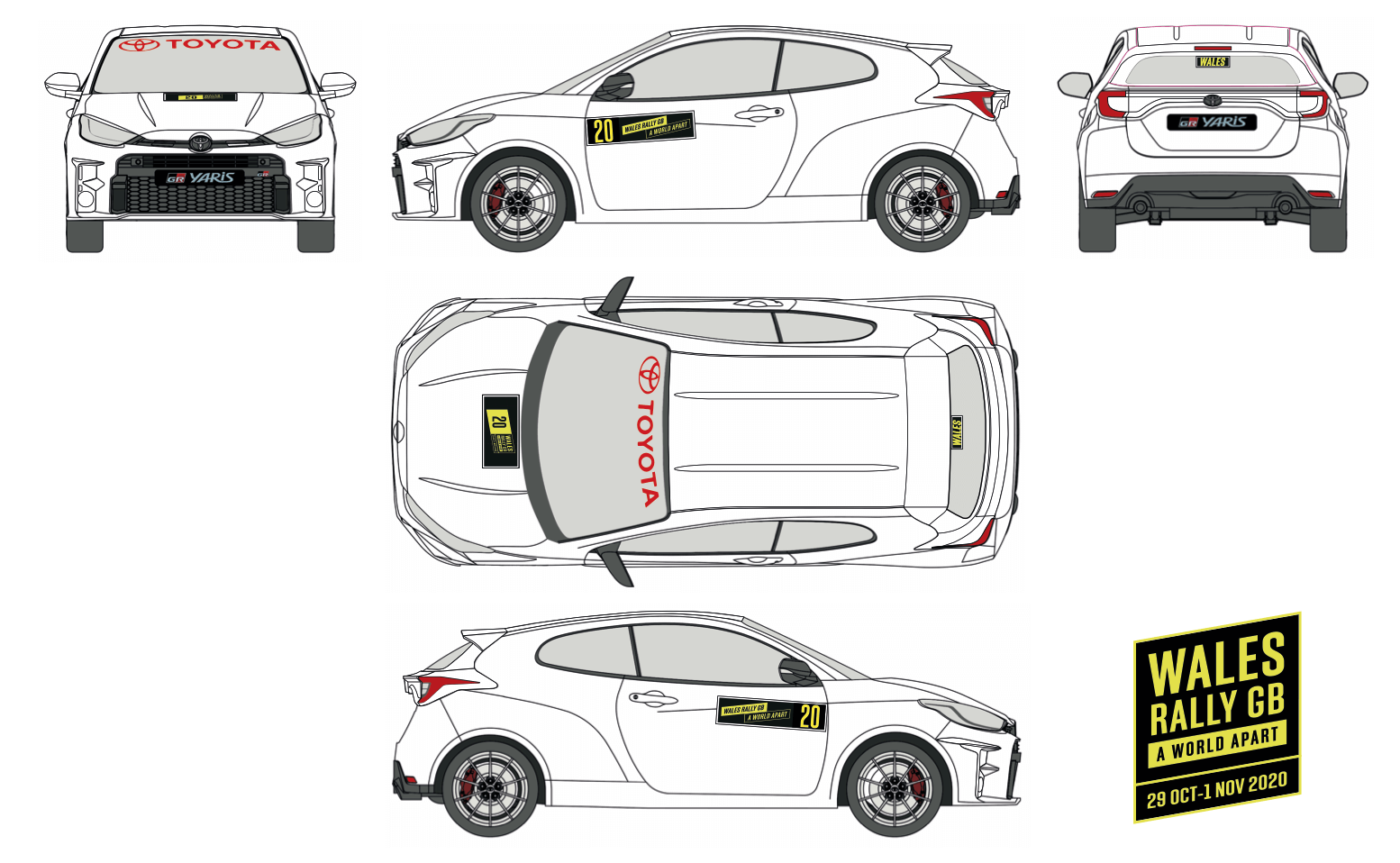