HRH The Duke of Cambridge goes electric with Extreme E

The test drive was organised ahead of COP 26, which takes place in Glasgow later this year, as The Duke and Duchess of Cambridge are visiting innovative projects in Scotland which aim to positively turn the dial on the climate emergency during Lord High Commissioner’s Week.

As well as understanding more about the series’ electrification, environment and equality background, the visit provided an opportunity for Prince William to take a look at Extreme E’s hydrogen fuel cell – created in collaboration with British-based AFC Energy – which charges its electric race fleet using zero-emission energy.

Prince William was hosted by Extreme E CEO and Founder Alejandro Agag, a driving force behind the electric motorsport revolution, Adam Bond, CEO of AFC Energy, along with members of two of Extreme E’s British teams; George Imafidon, a Junior Engineer on Lewis Hamilton’s X44 team; and driver Catie Munnings, who races for the Andretti United team, who was on hand to show the Prince how to get the best out of the series’ electric race vehicle.

Alejandro Agag, Founder and CEO of Extreme E said: “It was a great honour for Extreme E to host Prince William at Knockhill today. It was a fantastic opportunity for us to show him the ways in which we are working towards the same shared goals around a lower carbon future for our planet.

“I think he really enjoyed his experience behind the wheel of the ODYSSEY 21, under the expert instruction of Catie. Perhaps a guest racing appearance in Extreme E beckons in the future!”

Adam Bond, CEO of AFC Energy said: “It was a true pleasure today to host one of the world’s leading climate ambassadors, His Royal Highness Prince William to demonstrate first-hand the role Hydrogen and Fuel Cells can play in supporting the world’s Net Zero aspirations.

“The environment is a key pillar for our sustainable future and to this end, it was a privilege to showcase how AFC Energy and Extreme E are partnering to deliver not only a world first off-grid charging solution for the inaugural all-electric motorsport series, but more importantly, how this one series is quickly defining a new standard for all industry in its transition away from diesel generation.”

The AFC Energy fuel cell innovation is just one of a selection of technologies utilised by the sport for purpose series with the aim to run the most sustainable motorsport championship possible, and also fits with the spirit of The Earthshot Prize, a global environmental prize founded by Prince William in October 2020, which aims to discover and scale the best solutions to help repair our planet over the next 10 years.

Inspired by President Kennedy’s ‘moonshot’, The Earthshot Prize is based on five simple but ambitious ‘Earthshot’ goals – protect and restore nature, clean our air, revive our oceans, build a waste-free world, and fix our climate – which, if achieved by 2030, will repair the planet before irreversible damage occurs and improve life for us all. Starting this autumn and every year until 2030, The Earthshot Prize will be awarded to five winners, one per Earthshot, whose innovative solutions make the most progress towards these goals to repair the planet, help protect those most vulnerable to the changing climate, and create a healthier, cleaner and better life for us all.

The two organisations are also working with Count Us In to inspire people to make pledges to take steps to reduce their carbon footprint such as walking and cycling more, eating more plant-based foods and even purchasing an electric vehicle. The Extreme E Count Us In Challenge culminates at the end of the year with the Sustainability Award which is given to the team that has the most fans taking steps to lead a less carbon intensive lifestyle.

Alongside AFC Energy, Extreme E is working with a host of sustainable businesses including Zenobe that has provided a second-life battery to help power Extreme E’s team garages and broadcast infrastructure and Polymateria that is providing Extreme E with the world’s first plastic with time-controlled open-air biodegradability that will return quickly and safely to nature if it ends up in the natural environment, while also allowing for recycling to happen.

Not only does the series have big climate crisis awareness ambitions, it is also the first motorsport series in the world to have a fully gender equal sporting format, with it built into the rules that each team must field a male and a female driver. Both drivers compete a lap each in every race, as a driver switch is incorporated at the end of the first lap.

Catie Munnings, who competes for the Andretti United Extreme E team, which finished on the podium in last month’s Desert X Prix, said: “Today will certainly be one of those days that I won’t forget in a hurry! It was an absolute honour to meet The Duke of Cambridge and to teach him about the ODYSSEY 21 and some of the key attributes of these incredible machines. Prince William grasped the basic skills quickly and seemed very at ease with driving electric vehicles, maybe my Andretti United team-mate Timmy [Hansen] should be feeling a little threatened!

“Sustainability is a central messaging pillar of Extreme E and with the Earthshot Prize, it’s fantastic to see that we are all working towards a common goal of a cleaner, more environmentally-friendly future.”

George Imafidon is a Junior Engineer for Sir Lewis Hamilton’s Extreme E team, X44, and a Commissioner on The Hamilton Commission, a standalone research project set up last year by the Seven Time Formula One World Champion in partnership with the Royal Academy of Engineering, that is working to improve the representation of Black people in UK motorsport.

George Imafidon said: “It was an honour to be at the event today and to meet His Royal Highness Prince William. As a recent engineering graduate myself, it’s incredible to see how the motorsport world is responding to the climate crisis, something my generation in particular cares deeply about. To have His Royal Highness here today just shows the ambition of Extreme E in making a positive difference to the planet, and I’m incredibly proud to be a part of it through my team, X44.”

The Ocean X Prix –the second event in Extreme E’s inaugural season takes place next weekend (29-30 May) at Lac Rose in Dakar, Senegal and is available to watch through a variety of global broadcasters including ITV, BBC online, Sky Sports and BT Sport in the UK. 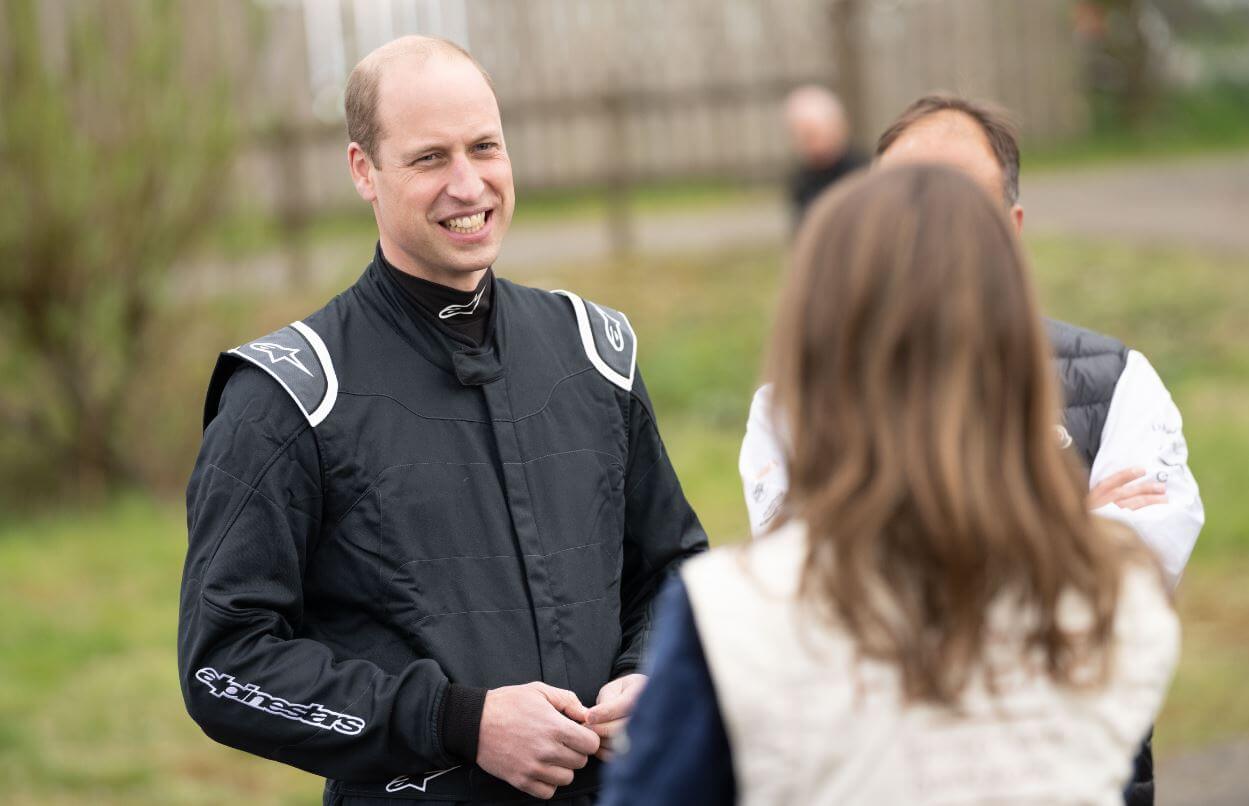