In this month’s edition of Revolution, five top lessons learned from Graham Blackwell in 20 years of sprinting.

Graham Blackwell finished fourth in last year’s SBD Motorsport UK HSA British Sprint Championship, racing a 2013 Mygale EcoBoost 1600T. 56-year-old Blackwell began sprinting in 2002, initially in a Sports Libre Mk1 Ford Fiesta, and made the switch to single-seaters, slicks, and wings in 2016. He runs a successful IT Consultancy and recently passed his ARDS Exam as he plans to go circuit racing in the future. 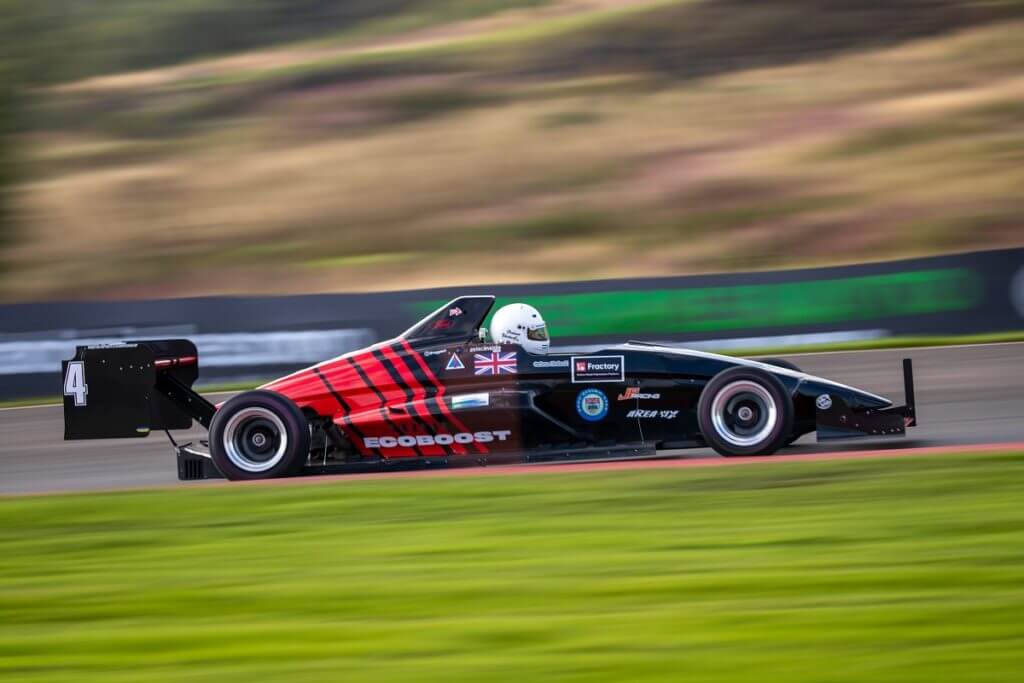 Over the years, you learn that you cannot plan for every eventuality, however, most problems can be overcome by staying calm and thinking them through. On this occasion, I had a very unexpected rear pushrod failure at 140mph, which I only discovered as I was braking for the final chicane on the second lap of a qualifying run. The front left tyre locked up as I hit the brakes and slowing proved difficult. I took a small excursion across the kerbs – not the ideal line through the chicane – but I was given a time for completing the course. Back in the garage, working solo, I had just 30 minutes to assess and repair the damage before the next run. With the clock ticking and the rear brake disks still glowing, I rapidly set about replacing the bent pushrod and rod end as quickly as I could. Without any corner weight scales, how was I going to adjust the pushrod to the right length? I could only think of lowering the rear of the car on the jack and adjusting the new pushrod length until both rear tyres were making the same level of contact with the garage floor. Given the lack of time, that would have to do. With everything tightened up, and just seconds to spare, I jumped back into the car, took part in the following runoff run and scored good points, maintaining my lead in the championship.

With sprints, the race is not won by overtaking other drivers on the track, we race against the clock. We often race ourselves to try and better our personal best times. One valuable lesson I learnt over the years is to analyse the data – and, more importantly, the video from the previous run – and come up with a plan; a simple list of changes to improve on. Sitting on the start line, waiting for the light to turn green, I rehearse the plan in my head; I’m going to change up early on the exit of the chicane so I can spend longer on full throttle around the following left hand bend; I’m going to brake later for the second chicane, at the 50M board; I tell myself I will finally take the Wiggler flat, I won’t lift, I can do it. The light turns green, I set off. Each step is put into place, and over the day I improved by nearly three seconds! That lead to a runoff win and a bonus point for breaking the class record. With a sprint, you don’t get a second chance to race the clock, so having a plan for every run is key. 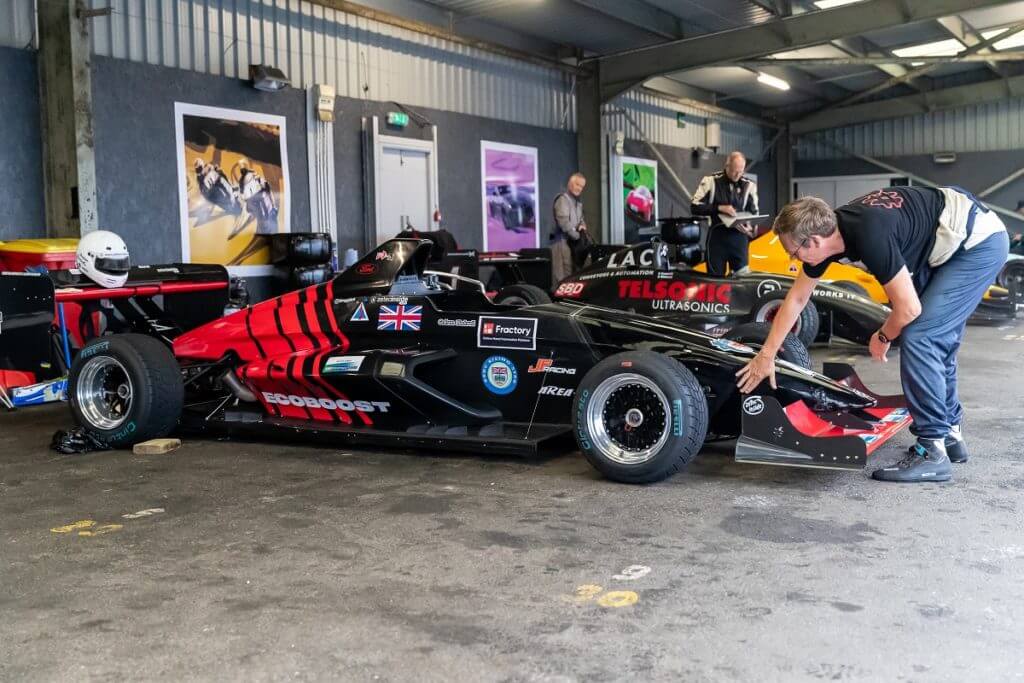 Knowing and understanding the regulations is vitally important and can give you the edge over your opponents. At the Curborough sprint course, the long circuit is a very challenging two-lap format and, on a fine autumn day in 2021, I was battling for overall honours with a particularly competitive driver. We had both been taking tenths of a second off each other during the day. Often that can simply come down to how fresh your tyres are. On the third and final run of the day, my adversary decided to give his best tyres a rest, whereas I decided to carry on using mine. On that final run I pipped him by another four hundredths to take the fastest time of the day. Only when they returned to the paddock did they realise that the best two runs run counted for the championship, and I had beaten them on the third and final run, earning a few extra points in the process. Advantages come in many forms. Knowing the regulations is just as important as every other aspect of competition.

Walking the course is vitally important. At walking pace, you can familiarise yourself with the circuit layout and look for evidence of the racing line, the extents of kerbs and painted sections, even repairs and the loose or broken tarmac to avoid. Using notes from previous visits, including the plans you put into place, together with the track walk, can remind you where you found those tenths from a previous visit. I find the Knockhill circuit one of the hardest tracks in the UK to tackle. It’s a real rollercoaster and is very unforgiving – but talking to the local drivers really paid dividends! They can give you tips on how to take certain corners. I remember asking one legendary local driver about the track he had spent many years racing on. He gave me several insights that I then put into action, gaining valuable tenths of a second and scoring even more points. And of course, I wrote those tips down for future visits. 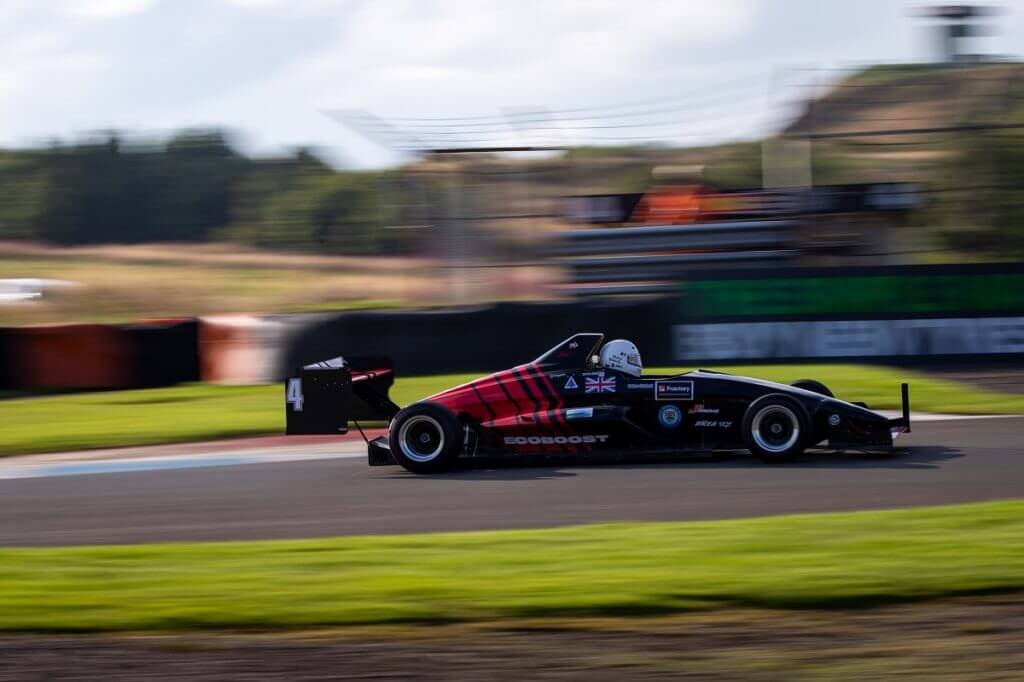 No matter how many hours you spend planning, preparing, things do go wrong! Arriving at Castle Combe, I’d had a trouble-free year, with every intention of finishing in the top three in the British Sprint Championship. The last round was in early October and Combe is never to be underestimated. The tremendous high speeds, and very fast high G-force corners, always find weaknesses in single-seaters, particularly over the lap and three quarters that we run. My day was going well, with a fast practice and first timed run, but on the first runoff, towards the end of the second lap, I was suddenly stuck in fifth gear. When I returned to the paddock, I discovered the exhaust pipe had fractured nearly all the way around on the turbo flange, allowing hot turbo exhaust gasses to soften the plastic pneumatic pipes. These burst, emptying the compressed air bottle in seconds. Sadly, I was out as I didn’t have a spare exhaust pipe on me. Despite all the preparation my third place was gone. However, once I had packed up, I stayed until the end of the event to cheer on my friends on the final runoff of the season and congratulate the new 2021 champion. Watching my third place turn into a fourth was hard, but in motorsport fate is very fickle. That is what makes the sport so exciting. It is not always possible to cover every eventuality, so just learn from it, and wish for better luck next time.