Look back: One week in Adria for Micouris

Theo Micouris went to northern Italy last week to represent Motorsport UK in the FIA Karting Academy. We hear his thoughts after the opening round.

“Our first weekend in the Karting Academy proved very challenging, but it was a great experience and there are many positives to take away from it.

“Having not been to the Adria racetrack before, and with limited running in an OKJ kart beforehand, we only had a handful of sessions to get to grips with the new track, kart and tyres in punishingly hot weather conditions. Just when I started making progress with my pace, it became apparent during qualifying that there was an issue with my engine. The result was that I qualified badly, 24th overall. However, it meant I would start all heats in 12th place and having replaced the engine I felt optimistic.

“In heats one and two, I managed to make the most position changes out of anyone, gaining six places in each race and finishing sixth in both heats. However, excessive defending by someone ahead in heat three meant that the gap to the pack ahead had grown too much by the time I managed to get past, so I had to settle for ninth.

“This meant that I qualified to start 13th in the final. Unfortunately, things soon started to go wrong when a big pile up in front of me on the opening lap which forced me to go off track in avoidance, dropping me down to 21st place. However, the pace of the kart felt great so I started picking my way through to climb up to eighth, only for someone to make contact with me, forcing them into retirement and causing me to get winded, and dropping me to last of the runners by some margin!

“I wasn’t about to give up though, and the kart still felt quick despite the damage picked up. So I got the hammer down and managed to work my way up a few positions, setting the third fastest lap in the process. I finished the race in 16th place, but it just wasn’t going to be my day as I was penalised post-race for supposedly overtaking under yellows on lap two.

“So, a lot of hard work, only to leave Adria with no points on the board! But there are some huge positives to take away from the weekend. Despite being up against many drivers who have been competing in OK at World level. To be amongst the fastest of them within only a couple of days shows that I can do this.

“Now, I need to dust myself down and come back even stronger and more determined for the next round.”

From all of Motorsport UK good luck for the rest of the season. 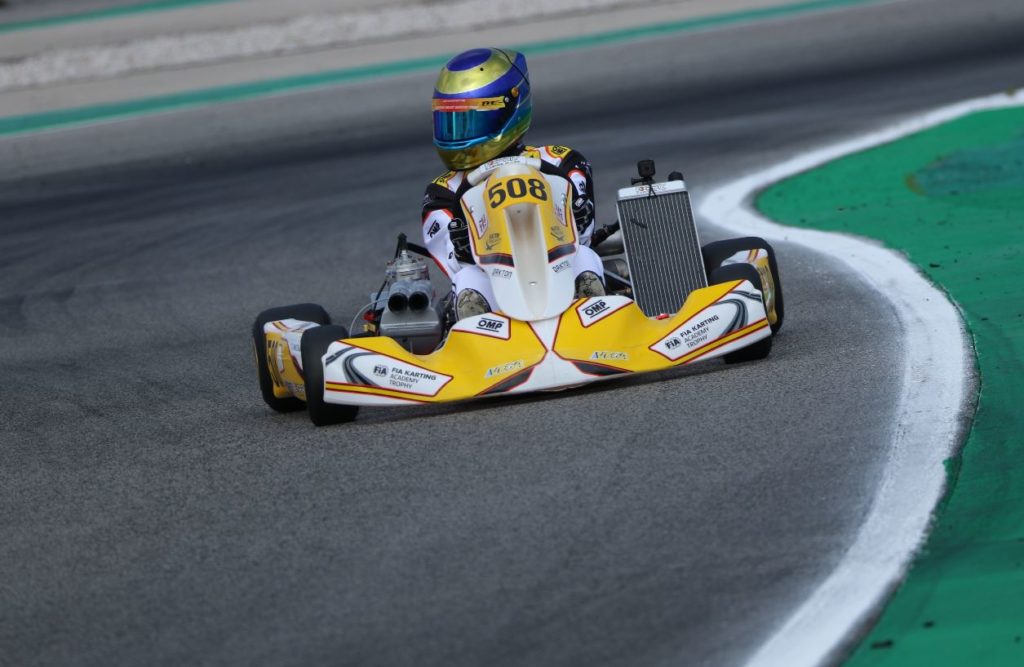