The Intelligent Money British GT Championship has announced its seven-event, nine-race calendar next season, with the official entry process opening on 1 December.

The 2022 season returns to its regular six circuits with Oulton Park’s two-hour-long sprint race back to its traditional Easter Bank Holiday Monday slot for the first time since 2019. The blue riband three-hour Silverstone 500 moves forward to early May, and the same endurance format will also feature at Donington Park’s first round.

All nine races, configured to minimise as many clashes with other championships as possible, remain free to watch on SRO’s GT World YouTube channel and the British GT Facebook page.

A popular feature from the 2021 season has been Friday’s official test sessions, and this will continue at the majority of rounds in the new season. A complete testing schedule and more information on the Intelligent Money British GT Championship is due in the new year. 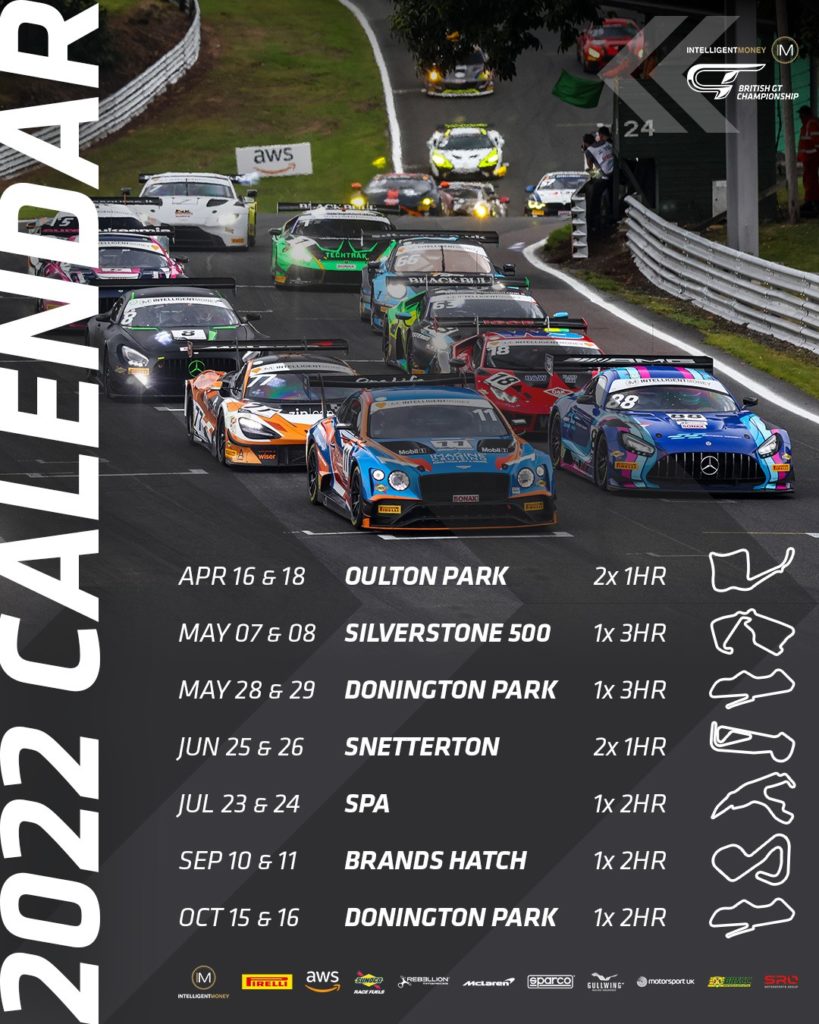