14-year-old Theo Micouris has enjoyed a successful season in the FIA Karting Academy Trophy. The short-sharp, three-round series came to a thrilling climax at the Lonato circuit in Italy last weekend (2-3 October) with the Bedford ace finishing the season as runner-up – flying the flag for the UK.

In the Friday Free Practice sessions, Theo recorded two third place finishes before engine woes ruled him out of the third contest. In the Qualifying heats on Saturday, a P6 was backed-up by a win in the second heat before going on to finish fifth overall in the final on Sunday.

Theo Micouris said: “I am delighted to be Vice Champion, it’s a brilliant result. After a bad round at the start in Adria, we knew the championship win was going to be tough, but anything was possible. I had never driven the circuits this year, so it was going to be tough at Lonato, and the really challenging weather conditions didn’t help. I got my head down and to come away with second, I am delighted. We will now have a look at what is available and get planning for next year.”

Micouris was selected from a shortlist of four drivers back in February after an assessment at iZone Performance. The kart driver had never driven the three circuits before and working with iZone, he learnt the circuits before traveling to Belgium and Italy – making his achievements even more remarkable – showcasing the importance and benefits of simulator work before race meetings.

Motorsport UK Competitor Pathway Manager Katie Baldwin said: “On behalf of Motorsport UK I would like to congratulate Theo and his family on a fantastic result. We are immensely proud of his development this season and how he showed a continued focus to keep coming back stronger and challenge for the best result he could, and to finish second out of 40 drivers from around the world is a remarkable achievement. Think this result will give him the perfect springboard and we hope to work with Theo in the future.” 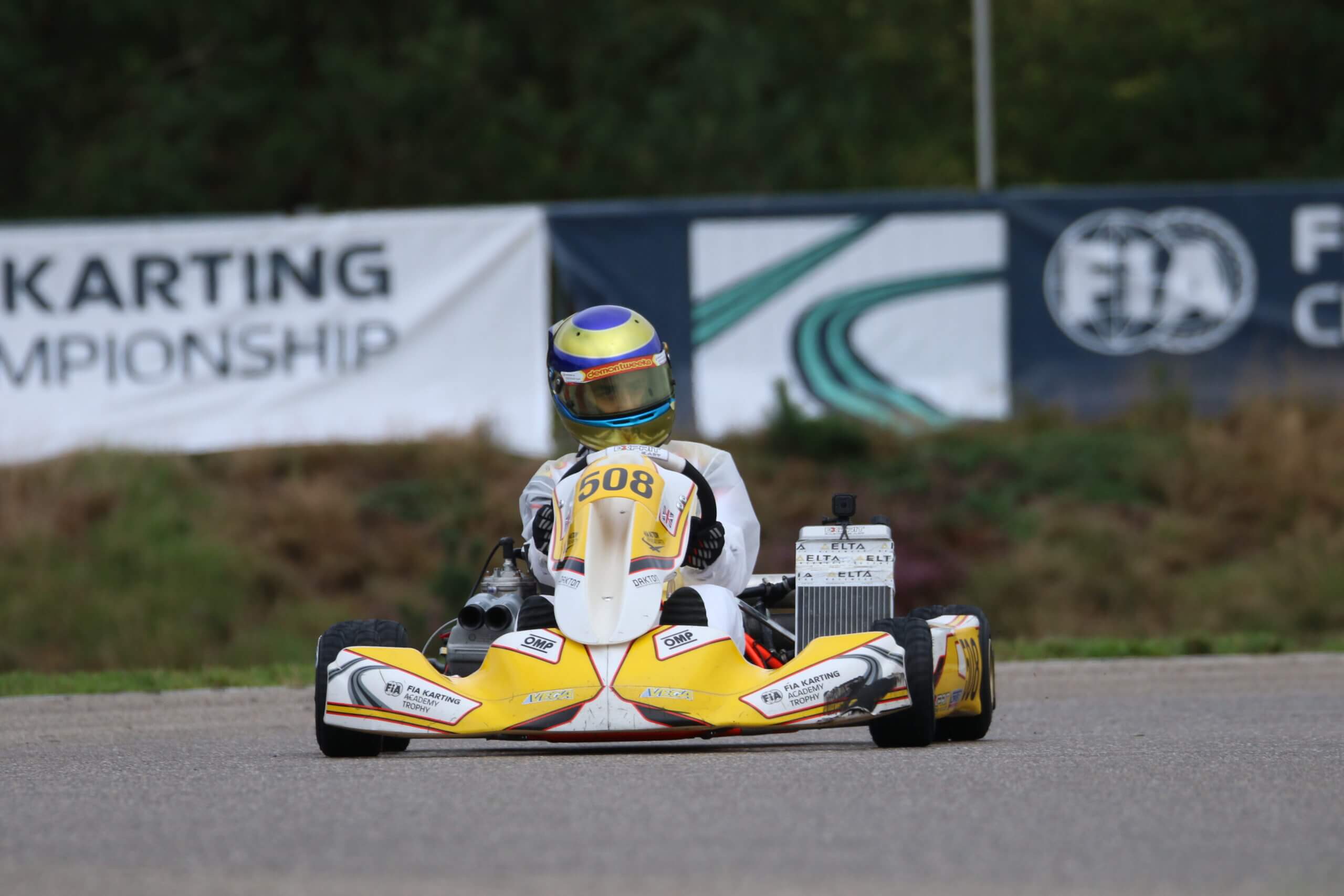