Motorsport UK are delighted to announce the winners of the 2020 Volunteer Awards. The past 12 months have included some of the most challenging and demanding in the sport’s history, and to acknowledge this, two further awards have been created to honour the incredible efforts of the UK motorsport volunteer community.

Rallycross organiser Jordine Crooks has been named the 2020 Volunteer of the Year, while the Club of the Year this year goes to the Bugatti Owners Club. In the two new categories, the Harold Palin Memorial Stage Rally team and Jonathan Millar will receive the Organising Team of the Year and Community Supporter of the Year respectively. All four winners will receive a prestigious Motorsport UK trophy, a cheque for £1000 to both organisations, £500 to both individuals, as well as a year-long subscription to Motorsport News.

Jordine Crooks is the championship coordinator for the BTRDA Rallycross Championship and has proved over the years that no job is too big or too small to make sure the best possible championship is delivered for competitors and spectators alike. As well as the role of championship coordinator, Jordine writes the regulations, sits on four committees, provides the listening ear to competitors and runs the social media accounts – all balanced with her day job as a full-time Practice Nurse and Masters degree student. In 2020, Crooks also stepped into the roles of Safeguarding and COVID-19 Officer and also developed a ‘Raceday Dashboard’ – a fully COVID secure, contact free declaration system that other clubs have subsequently adopted. Rallycross as a discipline has developed greatly with the tireless work from Jordine – a popular member of the motorsport community.

“I feel extremely honoured and shocked to have been nominated as Volunteer of the Year, let alone win it! Enthused Jordine Crooks. “I attended my first motorsport event at three days old and have continued to enjoy it ever since, be that as a spectator, competitor or organiser. To be able to give something back to a sport which moulded my childhood is a pleasure, and I feel extremely proud and privileged to be part of clubman motorsport.

“2020 has certainly been a challenge, as it has for many, but the organisation of our events and championship has provided a welcome distraction, albeit a time-consuming one! We have seen clubs, drivers, volunteers and officials adapt to the new COVID-19 guidance to keep the sport we all love alive and I must thank Motorsport UK for their efforts in producing this guidance. All volunteers involved in motorsport are deserving of recognition, more so this year than ever, and I certainly couldn’t fulfill my role without the help of several others – thank you to all involved.”

Club of the Year – The Bugatti Owners’ Club

Founded in 1929, the Bugatti Owners’ Club is one of the oldest clubs in the UK and are the owners and operators of Prescott Speed Hill Climb. With the Coronavirus outbreak, the club faced financial uncertainty with potential income reduced by over 85%. The club had to unite in the fight for survival. A new lifetime membership was introduced – raising £75,000 from the existing members and new member recruitment.

When motorsport resumed in July, the club introduced a three-stage strategy to introduce COVID-19 protocols and welcome back volunteers and competitors. Six events were organised from an initial ‘Drive Thru’ weekend enabling competitors to book a time up the famous hill followed by picnics in the grounds, working the way to Hill Climbs, Autotests and Trials before a full return to competition in August with a full 85 car entry – all socially distanced in the paddock with thousands of spectators watching online at home.

“We are truly honoured to have been awarded Motorsport UK Club of the Year 2020,” said Nick Upton, Chairman of the Bugatti Owners’ Club. “This accolade marks the pinnacle of achievements for our club in one of the hardest, most challenging years our sport has faced for some considerable time. To have the hard work and commitment of our team at the Bugatti Owners’ Club recognised in this way is wonderful and something we can all hugely be proud of. We are truly humbled.”

The Harold Palin Memorial Rally Stage Rally team are the recipients of the new Organising Team of the Year award after their successful event in October. Motorsport was hit hard in 2020, with rallying being one of the most impacted disciplines.

The team from the Eastwood and District Motor Club were determined to run one of the first rallies in COVID-19 times, and the team went above and beyond to make the event safe and successful. Extra measures were put in place, and despite the extra social and physical demands, the team excelled. The 61-car event instigated new work practices, embraced technology and in the process produced one the most talked-about events of the season.

“As the Clerk of Course and head of the organising team for the Harold Palin Memorial Stages, it was fantastic to receive the news that we had won the award of Organising Team of the Year 2020,” said Clerk of the Course and Chairman John Hickling. “As an organising team, we have worked tirelessly for many years and have had to overcome many issues, but I can say that this event was the most challenging of all. However, when you have a dedicated and highly experienced team, along with the backing of a strong club, anything can be made possible. We are very much looking forward to 2021, and hope we can repeat the great work and lessons learned to bring another outstanding event to all in our region.” 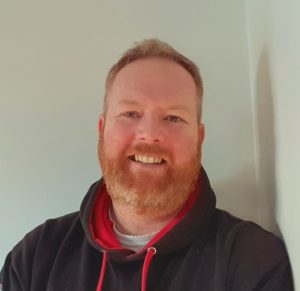 Larne Motor Club member Jonathan Millar has been a pillar for the Northern Ireland motorsport community throughout the 2020 season. The year began with Jonathan organising a Production Car Autotest, which raised £3,500 for the Snowdrop room in the Royal Victoria Hospital – a homely space for parents coming to terms with the loss of their stillborn children. The pandemic then struck, but that didn’t stop Jonathan continuing the good work, as the Northern Irishman organised weekly online quizzes to bring the motorsport community together during the isolated period. When restrictions eased, Millar then put together a socially distanced car treasure hunt, for all the family to enjoy, which helped raise £750 for Macmillan Cancer Support.

Jonathan Millar said, “It’s nice to win the award. It’s great to use motorsport to bring support to people in need, whether it’s a fun quiz every Monday during lockdown or socially distanced events, but I couldn’t do it without the support of my family and friends.”

Hugh Chambers, Motorsport UK CEO, said: “I would like to thank everyone who submitted nominations for the 2020 awards. The judging panel had some tough decisions to make and I must congratulate all the very worthy winners. There is no doubt that without our clubs, volunteers and competitors coming together, the sport would simply not be able to operate. I look forward to congratulating the winners in person when the current restrictions are lifted.”

Top image: The Bugatti Owners’ Club win the 2020 Club of the Year