Porsche charges into the record books

Hugh Chambers, CEO Motorsport UK said: Hugh Chambers, CEO Motorsport UK said: “It is our great pleasure to award Porsche GB with 13 new British land speed records with the two electric Porsches. The evolution of sustainable technology is increasing exponentially, and showcasing it through the use of motorsport and land speed, it will help to accelerate the development for everyday road cars. We look forward to the Porsche team continuing to demonstrate the capabilities of their cars in this most definitive way.”

Here’s how the history books were written…

Following the launch of the electric Taycan, a number of venues were identified for the record runs, with the choice falling between a high-speed bowl or race circuit.

While a high-speed bowl (Nardo in Italy) was the location for a pre-production Taycan to complete 3,425 kms in a non-stop 24 hour run during final testing in 2019, a circuit was chosen to be the venue for the 1,000 km runs. And the venue was to be in the UK.

Aside from being a second home for many Porsche models, a race circuit also presents a completely different – and relevant – set of challenges, including higher energy consumption. The Taycan’s exceptionally fast charging ability coupled with maximum regeneration under braking of 265 kWh would be key to success.

Brands Hatch was the logical home to the record attempts, with the Kent-based circuit steeped in Porsche motorsport history.

In April 1970, a Porsche 917 in the hands of Pedro Rodriguez and Leo Kinnunen won the rain-soaked 1,000 km race by five laps, the drive from Rodriguez still considered to be one of the finest seen in sports car racing. On the podium in third that day was another 917, driven by Richard Attwood and Hans Hermann. Two months later the same distinctive red and white Salzburg liveried 917 would make Porsche history when the pair took the first outright win for German manufacturer at Le Mans.

In July 1984, Porsche claimed the top six finishing positions with 956 and 962 models at the 1,000 km of Brands Hatch. On the top step of the podium were the drivers of the winning Porsche 956, Jan Lammers and Jonathan Palmer.

Over the course of the 1,000 km record run, the Taycan 4S spent a total of 3 hours and 3 seconds charging and entering or exiting the charging area, which was completed over six stops. On average, each stop lasted around 30 minutes from the car entering the pitlane to re-joining the circuit, the cars charging from around five percent to 85 percent each time.

A bespoke strategy was developed for each car, combining a lap-by-lap efficiency target with a target lap time. Communication was maintained between the teams and cars via the onboard Porsche Communication Management system and a connected hands-free mobile phone. Due to the necessity of social distancing and keeping personnel to a minimum, each car was managed by a team of just two, plus a technical representative and an overall coordinator.

The record runs, which were set just before Christmas, and got underway at 07.00 and were completed at 20.00, meaning that laps were undertaken in daylight and darkness. In a parallel to the race of 1970, intermittent rain and heavy showers ensured the track surface was never any better than damp.

Swapping between both cars and the star drivers was highly experienced UK motoring journalist Colin Goodwin with each driver completing either two or three stints over the duration of the runs, each stint usually lasting around 90 minutes, which equated to around 80 laps.

At 20.00 the Porsche team had accumulated 2000km between the two cars and racked up 13 British land speed records. 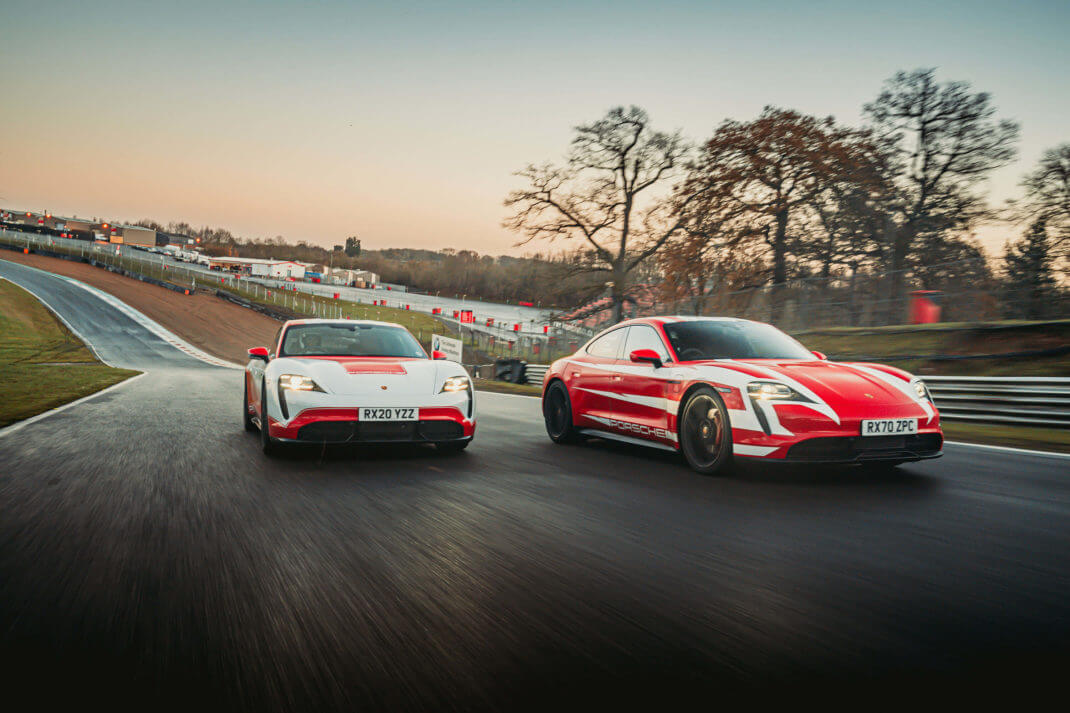 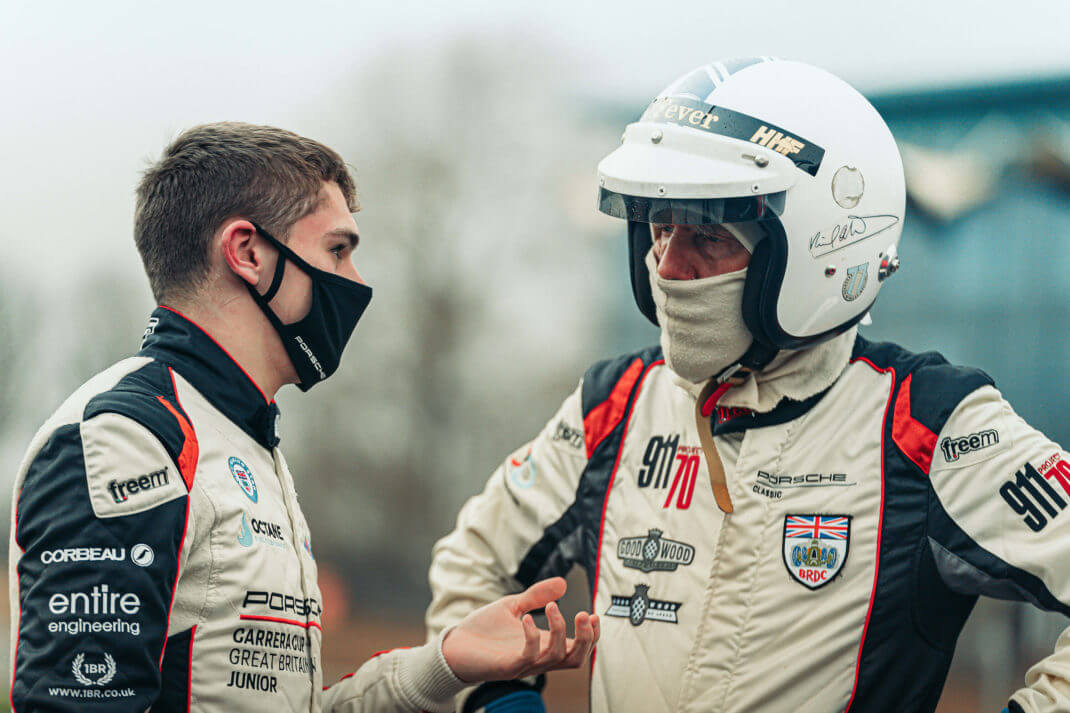 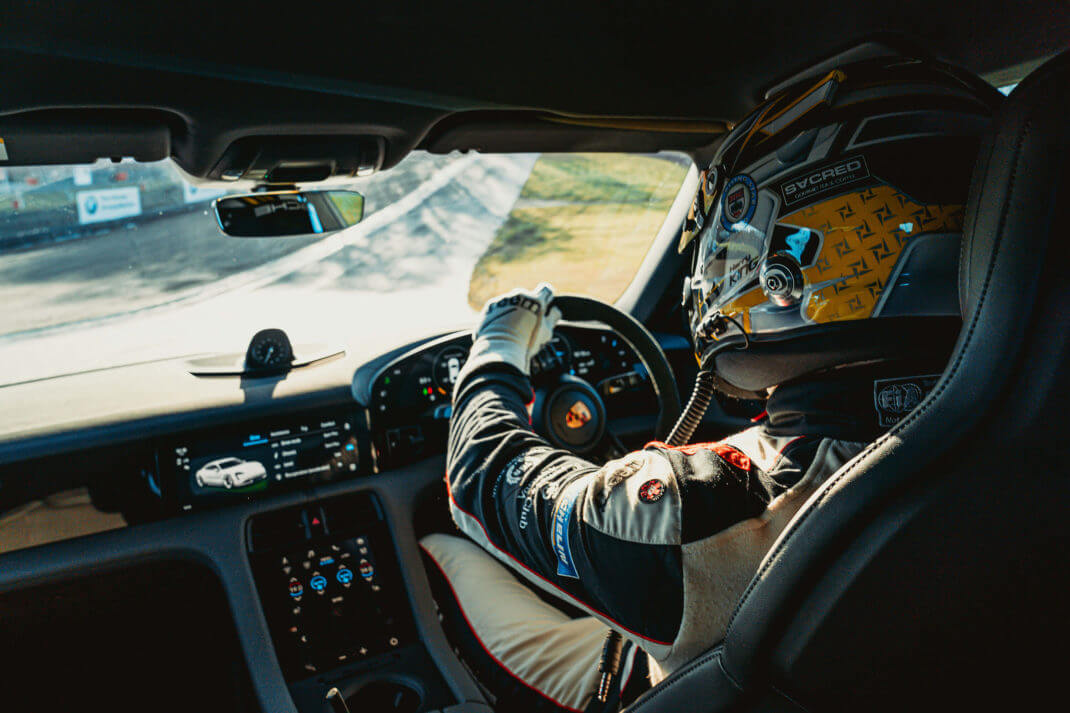 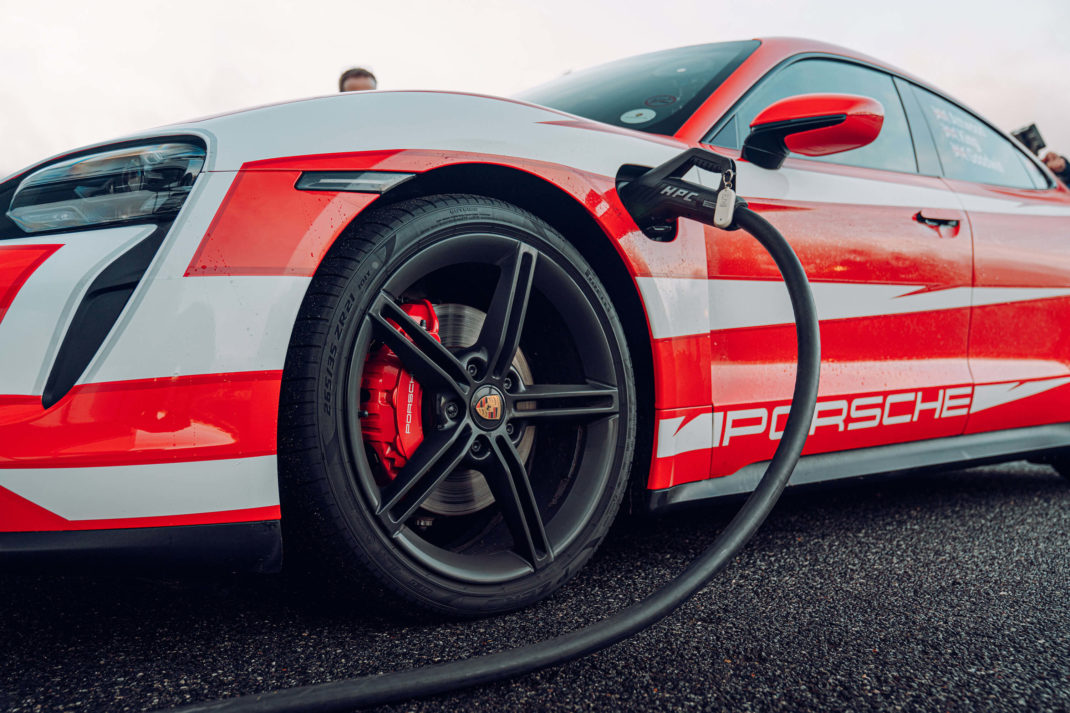 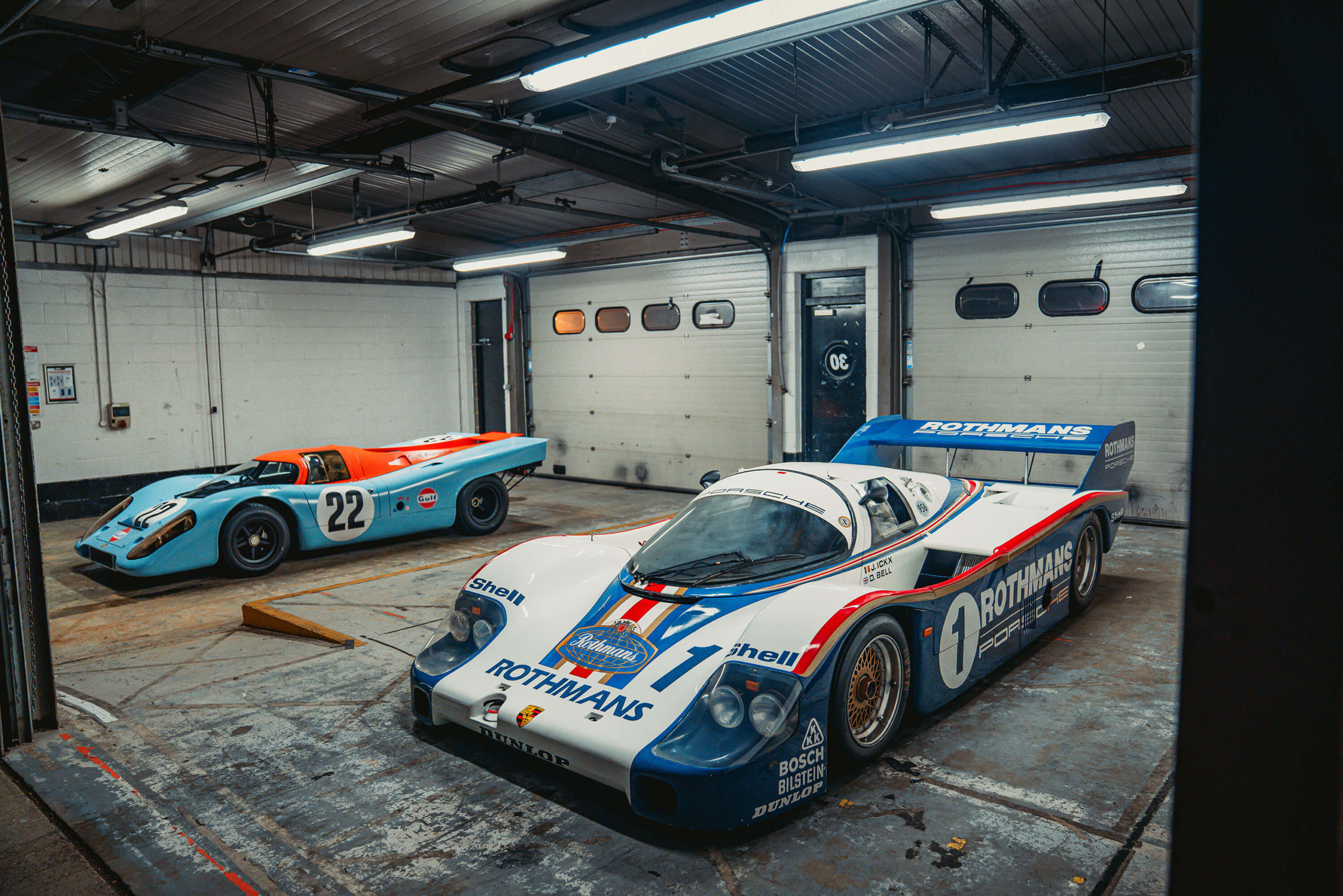 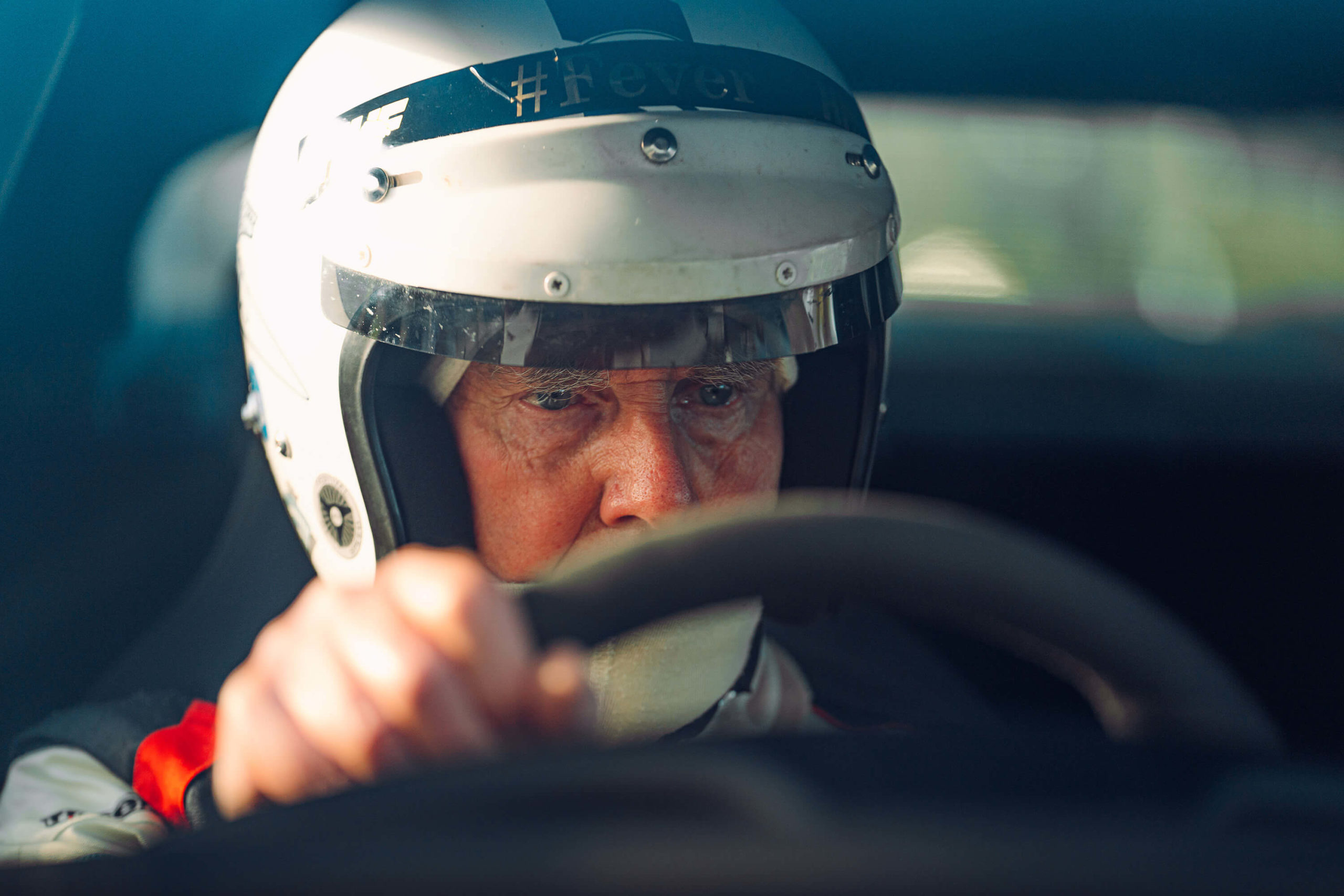 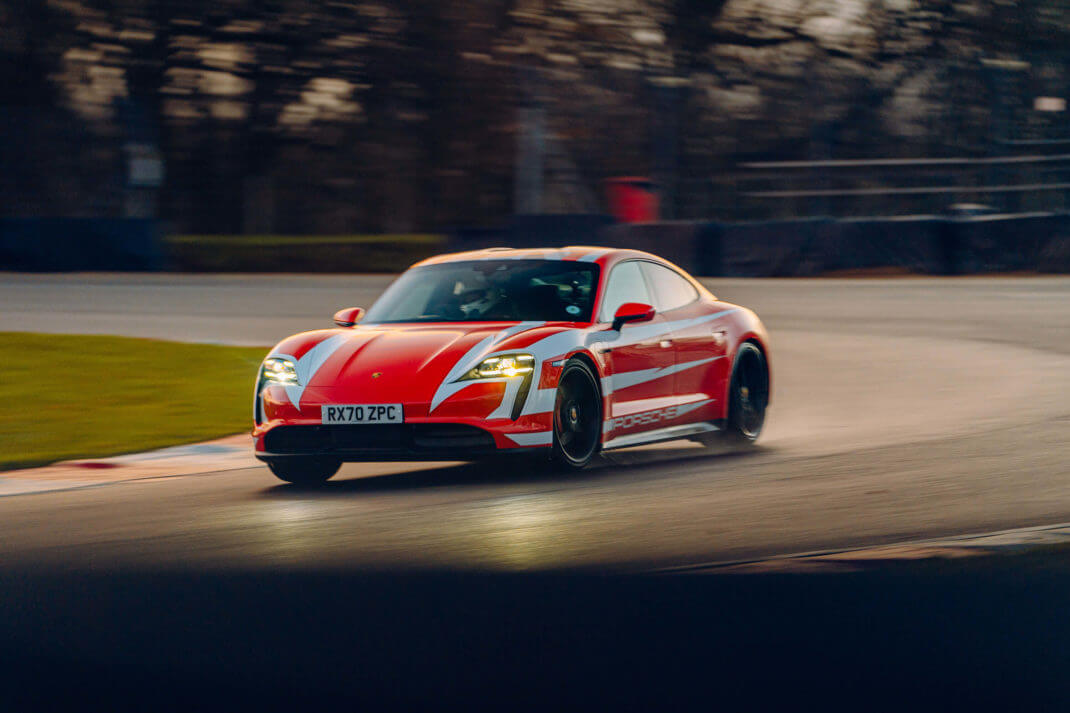 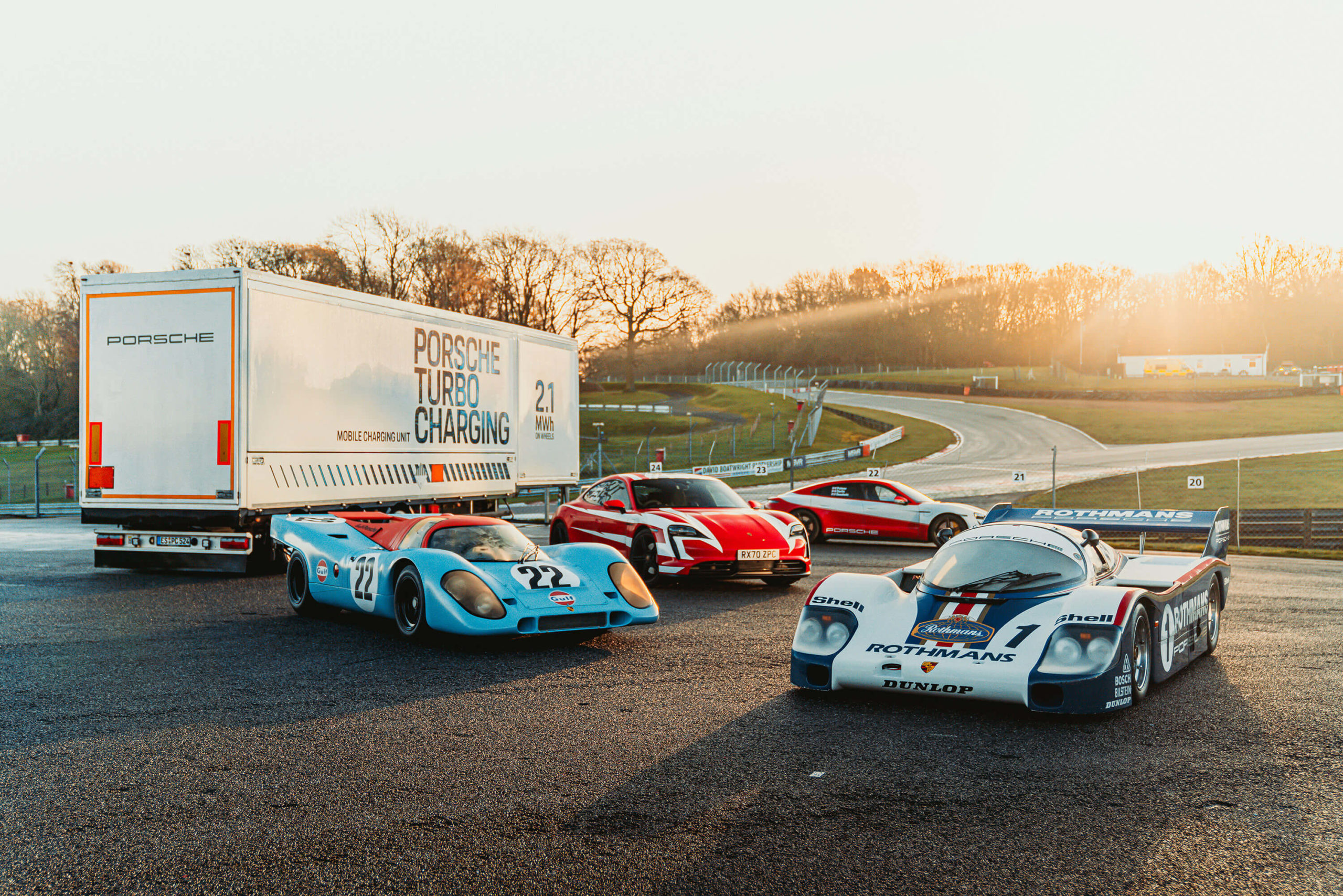 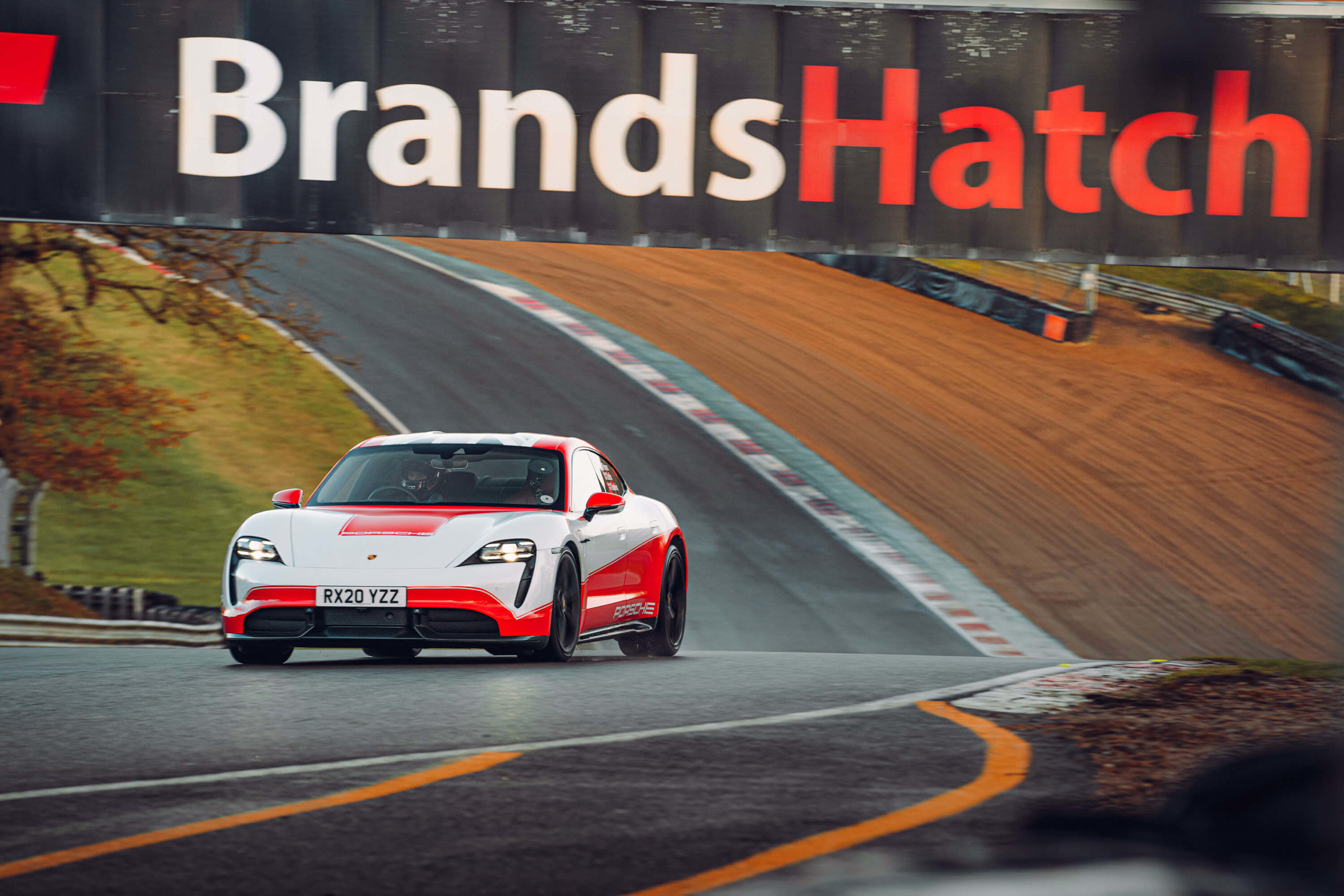 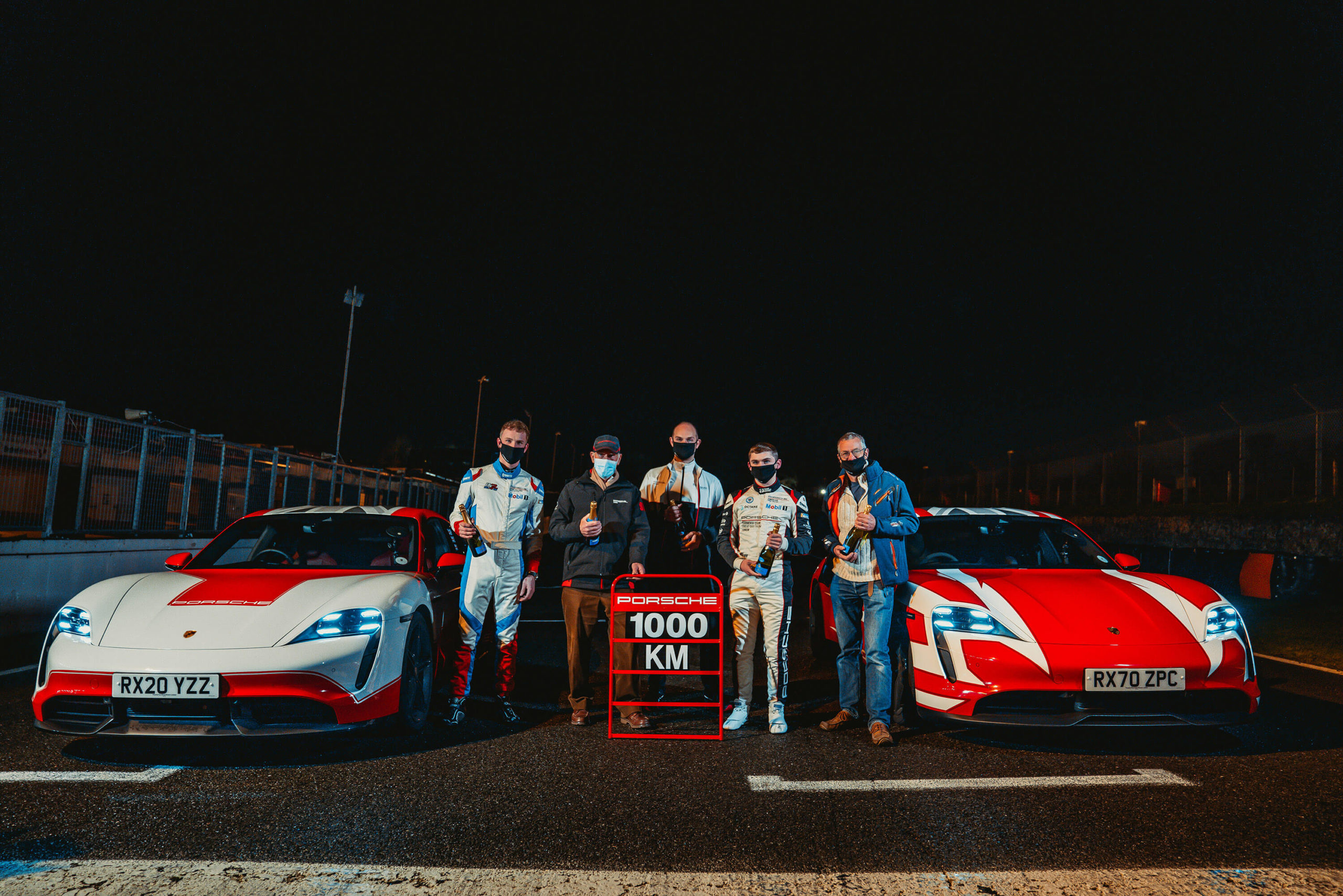