It’s one of the biggest rivalries in the history of sport and now the fight for honours heads into a new chapter. The newly formed Home Nations Cup begins on Monday 13 July with Team UK facing off with Team Australia in a brand new Esports competition.

In the yellow corner, the team from the land down under will be investing their hopes in Lochie Hughes (Australian F4) Antonio Astuti (Australian F4), Sam Brabham (Sports Cars) and Zac Hanlin (Altus Esports driver).

The first race will see the eight young hopefuls dicing for points at Silverstone using the Formula Renault 3.5 before a trip to a virtual Bathurst for action in GT3 Sports Cars. After the home and away contests, a mutual Rallycross race will be held to decide the first Home Nations Cup winner.

All rounds will be streamed live on the Motorsport UK and Motorsport Australia Facebook pages with the first round getting underway at 12:00 BST and 21:00 AEST on Tuesday 14 July.

Motorsport UK Academy Coach, Tom Onslow-Cole, said: It’s great to see this idea come to life. There’s been a huge amount of teamwork involved throughout our Academy, but rarely do we actually get to compete as a team. Training has been really successful and with a team oriented approach we’ve been able to get all of our drivers working together, sharing information, to the point where they are all lapping within the smallest of margins. I think we’re all pumped to get into round one and fight for title honours.”

Katie Baldwin, Competitors Pathway Manager, said: “This is the perfect opportunity for our Academy drivers to put their lockdown training into practice.  We often focus on individual development within the Academy programmes but with a competitive opportunity like this, it’s fantastic to incorporate some collaboration between the drivers whilst they go head-to-head against Team Australia.   We are really pleased with our Team UK selection and expect the Home Nations Cup to be an exciting series – and one we hope we can develop and build on in the future.  We’re looking forward to kicking off with the first round at Silverstone and I wish all of the drivers the best of luck.” 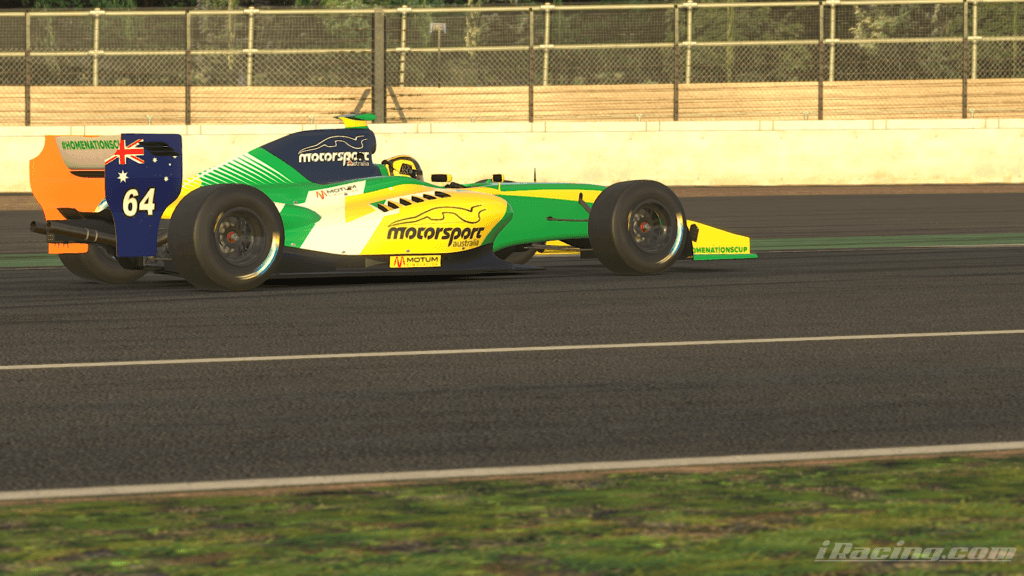